The Litrobot Is An Autonomous Lighting Drone

A quadcopter that'll provide you with perfect lighting, no matter how you or your subject move 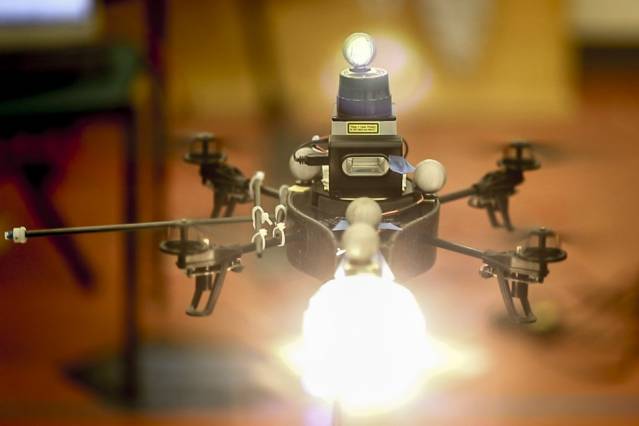 One of the trickiest aspects of off-camera illumination is having to frequently adjust the position and strength of the light as you and your subject move around. But imagine a small drone that would be able to analyze all the elements in the scene, and constantly position itself perfectly for the lighting you want. That’s what a team from MIT and Cornell are working on, and it’s called Litrobot.

The initial iteration of the Litrobot is designed for rim lighting, to provide a single, powerful light source around the edge of the subject. And while the concept itself is fairly simple, the actual design side of things is remarkably complex. A key part of it is that the quadcopter tracks subjects using LIDAR, and is constantly taking low quality images that it uses to estimate the correct illumination, and moving towards a better position.

You can see some of the Litrobot in action in the video below—and there are still some obvious drawbacks. The big one is the noise level—it’s not a quiet device. But the potential here is fairly obvious. It should be possible to use Litrobot for other types of lighting, and the idea of having a semi-autonomous swarm of robots providing you with exactly the sort of lighting you want at all times? That’s pretty fantastic.