The Defender Is a Camera, Also a Weapon

Pepper spray, camera, and alarm, all in one 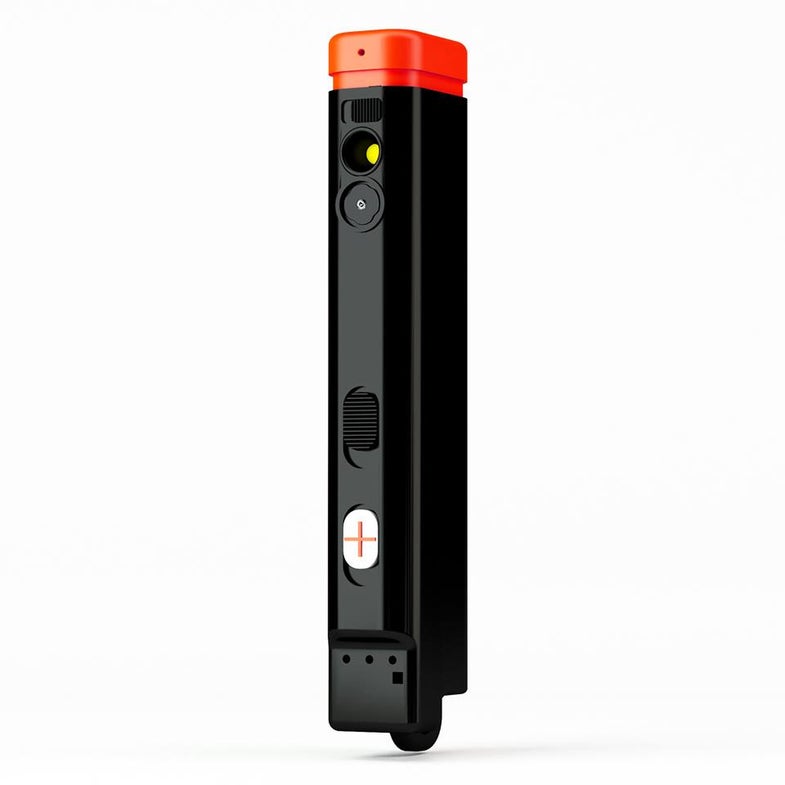 The Defender is a crowd-funded self-defence tool that combines a suite of different features into one package. When triggered, it snaps a photo, shoots pepper spray, sends the photo to the Defender’s servers, contacts local law enforcement with your GPS location, and sounds a siren. And while that’s a whole lot for one little thing to do, what it reminds us most of is the long history of combining cameras with guns.

Let’s just skip the obvious questions about how good of an identifying photo a tiny sensor like this will take of someone sprinting towards you at night, and instead focus on other combinations of weaponry and photography.

Perhaps the most similar was this 1938 revolver camera, which would take a photo whenever the trigger was pulled. You can see more of it here. And then once, the CIA did the opposite, and hid a gun inside of a camera for surreptitious shooting. Likewise, the KGB.

What’s far more common is to see cameras that mimic the form factor of firearms—stretching back right to the earliest days of the history of photography. There was the Photo-Revolver de Poche, which went for £45,000 at auction in 2008. Or the Thompson’s Revolver Camera. More recently there was the Japanese Doryu 2-16 gun camera, or the Fulgurator. Plus there are plenty of people who stick cameras on rifle stocks for extra stability.

These days, there’s ever more interest in affixing cameras to guns to create an accurate recording of events—so you can buy accessories such as this one for your firearms.

But for almost as long as people have been making cameras they’ve been sticking them on or around weapons—and that doesn’t seem set to change.