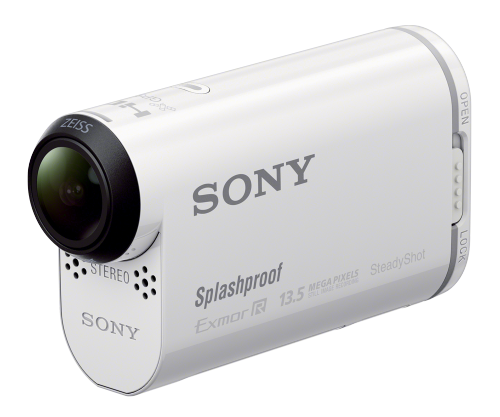 Two of Sony’s action cameras have received significant firmware updates, both of which bring major new shooting features to the respective cameras. Most notably, the Sony AS100V now has the ability to livestream footage to Ustream, giving you the chance to look in on someone’s adventures as they happen.

The Sony AS100V firmware (Mac, Windows) not only brings the ability to broadcast to Ustream, but also burst shot, motion shot, and self timer shooting modes. Here’s the official improvement list:

The Sony AS30V’s improvements (Mac, Windows) aren’t quite as dramatic as livestreaming, but it does improve the way the camera auto exposes, as well as giving extra Wi-Fi funtionality: