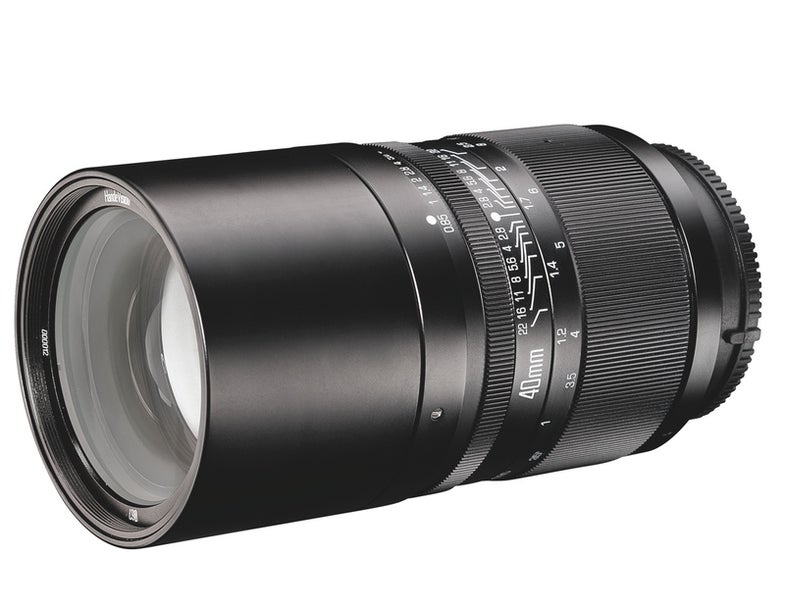 The astonishing maximum aperture of f/0.85 marks it as what HandeVision is billing as the “fastest lens in the world”. It features 10 elements in 8 groups, with a minimum focusing distance of 75cm (30 inches), is 12.8cm long (5 inches), and weighs 1150g (40 oz). That’s a rather bulky lens, especially on a petite mirrorless body, but the size is certainly to allow for that incredible speed.

You can see a handful of images on the HandeVision page, and while they’re not big enough to really pixel peep, they do show off a substantial amount of distortion around the edges of the frame.

The huge caveat here is the price. As NewPhotoGear spotted, it’s already popped up on Amazon for $2,400—which is a substantial investment for a lens with unproven optics.

Another jumped out at us from the press release. The manufacture of the lens is described as “HandeVision IBELUX 40/0.85 is the result of the long-term cooperation between the German lens manufacturer IB/E Optics GmbH and the branch specialist Shanghai Transvision Photographic Equipment Co. Ltd, also known by its trademark Kipon as a manufacturer of high-quality adapters.” One of the complaints leveled against many fast primes for mirrorless cameras is that they’re security lenses with a mount adapter built-in, and the price substantially increased. Without a better understanding of the optics of this lens in particular, we’re hesitant about the price.