Have a Peek At Sony’s First Curved Sensor

With the potential for better sensitivity and redesigned lenses, is this the future of the camera sensor? 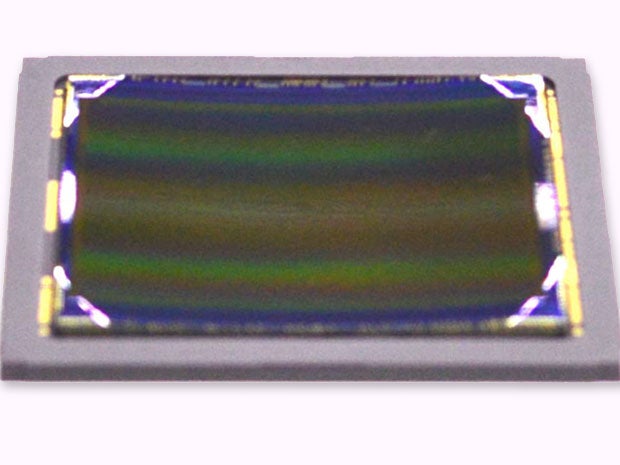 Over the past few years, Sony has cemented its position at the forefront of sensor development. Now you can get a first look at the next big development in Sony’s sensor tech, one that could change a lot about the internals of cameras. Meet Sony’s curved sensor.

Profiled in industry publication IEEE Spectrum, a curved sensor carries a number of inherent benefits over your traditional flat one. On an optical level, because the sensor is curved, light coming from an aperture can hit it directly rather than obliquely. That means that the lenses can have flatter optics and let in more light. It should also hopefully help minimize edge aberrations in lenses, and keep the entire frame looking more consistent.

Even more interesting is its potential increase in performance on an electronic level. Spectrum explains:

Sony apparently has two such sensors in the works. One is a smaller one with an 11mm diagonal, which Spectrum cites as “more suitable for mobile phones.” However, by our calculations, a 1/1.7-inch sensor has a diagonal of around 9.5mm, which would imply that it’s aimed for more still cameras than smartphones. The other sensor has a 43mm diagonal, which matches the size of a full frame sensor.

That’s not to say that your next camera will be full frame with a curved sensor, but we’re looking forward to how Sony goes forward with this technology.