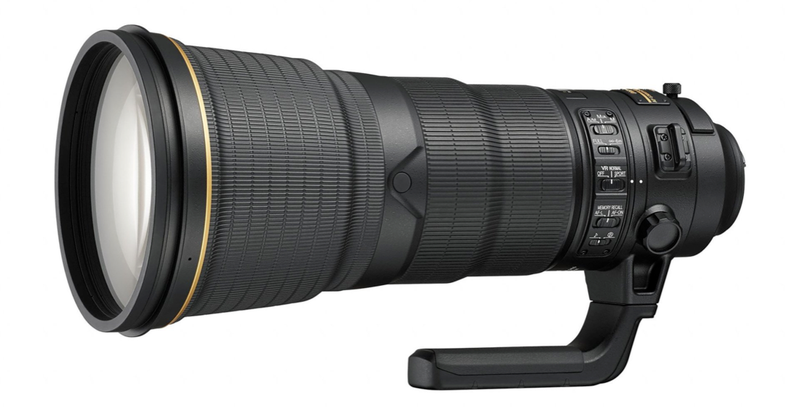 The 400mm F/2.8 lens is a staple for many sports and wildlife photographers and now Nikon has a new version that’s lighter and reportedly sharper than before. They also have a new 1.4x teleconverter for when you need even more reach.

The AF-S Nikkor 400mm F/2.8E FL ED VR utilizes two fluorite elements (hence the FL in the name), as well as two Extra-Low Dispersion elements (which is where we get the ED). It has 16 elements in 12 groups, but weighs in two-pounds lighter than the 400mm F/2.8 that came before it, checking in at roughly 8.4-pounds.

As you’d expect, it has a nine-blade aperture, which promises appealing circular bokeh, and uses an electromagnetic diaphragm similar to the one found in the monstrous 800mm F/5.6.

The VR gets the standard four-stops claim, but it also has a new VR Sport Mode, which recognizes when you’re panning and adjusts accordingly. Typically, IS can screw up a pan by trying to correct the motion, which can ruin the effect.

The 400mm F/2.8E FL ED VR will be available in August and will cost $11,995. Though, I wouldn’t be surprised if it starts showing up in the hands of pros at big sporting events before then.

The AF-S Teleconverter TC-14E III is, as the name suggests, the third version of their 1.4x converter. They claim to have beefed up the build quality quite a bit. It has a surprising amount of glass in it, using seven elements split up into four groups. It will also be available in August for $500.