How To Hack 35mm Film Into A Medium Format Camera 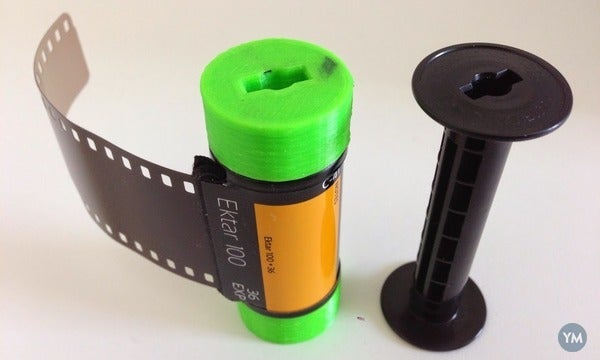 These days, medium format film isn’t always easy to find, and can be quite expensive to develop. But over at DIYPhotography, Udi Tirosh has put together three different methods of putting still widely available 35mm film onto a 120 spool, so that you can still shoot with your favorite medium format camera.

Of the three methods, by far the neatest is using a 3D printed adapter. These little nubs click into the top of the 35mm roll, and make it fit in the place of a 120 spool. But if you don’t have access to a 3D printer (and lets face it, most of us don’t), there are far lower tech alternatives, including hacking up a 120 spool, and manually adding it to either end of the film roll. Here’s another guide on how to do it.

There will naturally be a number of caveats if you shoot 35mm film in a body not designed for it. For one, the image will be exposed across the entire body of the film, including over the sprocket holes (which can be desirable). But you’ll also probably not be getting the entire image circle, so will have to think about the crop factor of using smaller film than your camera was designed for.

But if you’re aching to take your medium format camera out, and don’t have any 120 film floating around, it’s definitely a viable option.