Can these these little pinhole cameras survive a century in place? 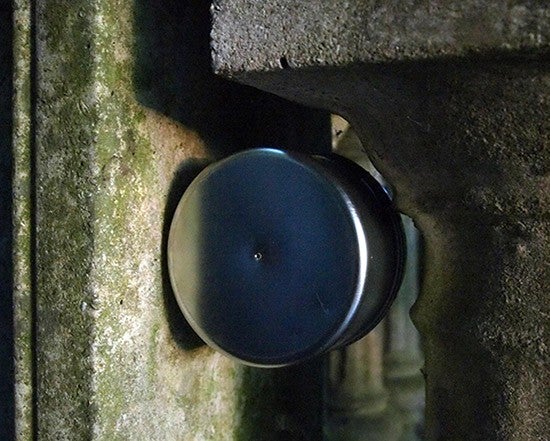 Artist Jonathon Keats has teamed up with Berlin based exhibition space Team Titanic in one of the most ambitious (and possibly physically impossible) photography projects imaginable. Called CenturyCamera, They plan to make 100 pinhole cameras, designed to take century long photographs of Berlin, with an exhibit planned for 16 May, 2114.

Traditional film or photographic paper definitely wouldn’t work for thousands of hours of exposure, so Keats is going a very different route—burning the image directly onto black paper. As the site explains

This also saves the need for developing the image when the century has finally passed.

The 100 images are set to be released to the people of Berlin on May 16. Anyone who comes in and gives a 10€ deposit can have one. They’re asked to then place the camera somewhere safe and secret, and then keep its location hidden until their old age. When enough time has passed, they’re meant to pass the information on to a child, who will then take the camera to the exhibit, one century hence.

There’s a lot that could go wrong in the next century. Buildings will be knocked down, new ones will be built. Natural disasters and wars can happen. People can forget. Cameras might be mistaken for other objects, and destroyed. We’re note ven sure if Keats’ plan to expose directly on black paper would even work. And we might not know for a century.

Keep in mind that Keats works a lot with some rather out there ideas in art, so him getting the idea discussed and started may be the whole point. After all, it’s doubtful he’ll be alive at its completion.