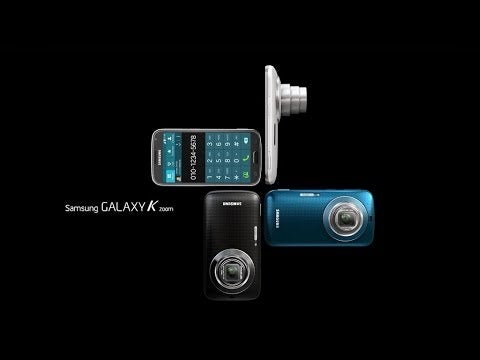 The zoom lens is one of the last advantages compact cameras cling to over their compact camera ounterparts. A cheapo compact will still get you a decent zoom, while a smartphone will be limited to a fixed focal length. Even Samsung’s Galaxy S4 Zoom had a fixed lens. But now they have announced the Samsung Galaxy K, and will bring the world of zooms and the world of smartphones together.

Alongside full manual controls, Samsung has also packed this model with interesting shooting modes, like Pro Suggest, which gives you five different scene mode choices for any possible shooting situation; or Selfie Alarm, where you specify where in the frame you want your face to go, and when your head moves into the right area, it’ll rapidly fire off three shots.

It remains to be seen if Samsung will bring the Galaxy K to other markets (or something else similar)—but if you’re going to carry around a gadget in your pockets, it only makes sense to have it do double duties as much as possible.