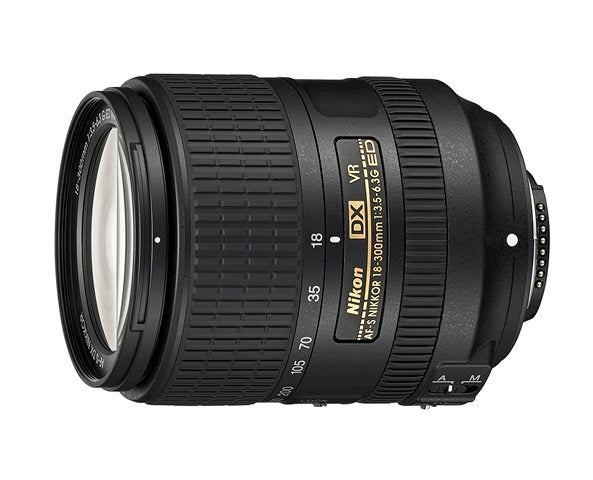 The all-in-one zoom lens is the bread-and-butter lens for many introductory-level and midrange DSLRs. For many shooters that don’t need super-fast apertures, they really can be a kind of “do it all” lens. Nikon’s newest entry into the space is an 18-300mm F/3.5-6.3 VR.

Inside, there are 16 elements in 12 groups. Three of the elements are aspherical, while three are made from Extra-low Dispersion glass to increase contrast and cut down on things like chromatic aberration. It uses a Silent Wave Motor for focusing, and promises up to four stops of stabilization thanks to the built-in VR.

The lens will cost $899.95 when it’s released in May. Honestly, I wouldn’t be surprised to see lens makers start to focus on lenses like this even more. As high ISO performance gets better, the loss of aperture at the long end becomes less of a deal breaker. The glass and coatings are getting better, too, which cuts down on the lack of sharpness and distortion that can sometimes be born from mega focal ranges.

We’ll bring you a full review once a retail unit makes its way into the lab.