FlashQ Is Crowdfunding For A Tiny Wireless Flash Trigger System 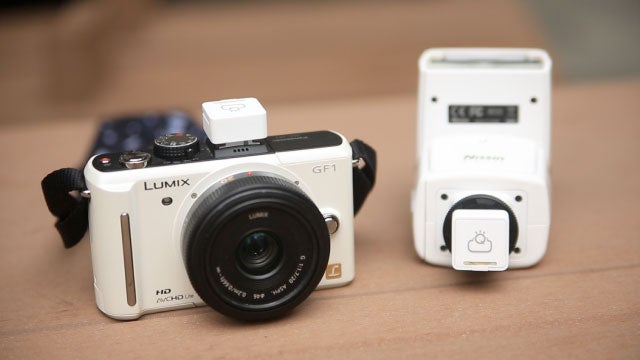 FlashQ is an IndieGoGo fundraising project to build an absolutely tiny flash trigger, one that will work with the vast majority of cameras, but won’t dwarf a small mirrorless or compact camera.

Currently, most flash triggers tend to be relatively sizeable, and on the expensive side. The FlashQ, if it gets sufficiently funded will set you back just $39 for a basic trigger/receiver set ($30 for early birds), and each trigger is able to control up to 8 receivers, at a distance of up to 20 meters.

It’s not the only small flash trigger we’ve ever seen, but compared to even the diminutive (and pricey) MicroSync II, it’s absolutely tiny. While that probably won’t make much of a difference for shooting from a relatively sizeable camera, like a DSLR, for smaller bodies it could mean the world. If you have a compact camera with a hot shoe—maybe a Sony RX100 II, or a Canon G1X II; or even a mirrorless camera, a bulky flash trigger adds a substantial amount of size to your shooting rig. Something like the FlashQ would be tiny enough to throw in a bag, and simply not worry about.

The downside? The FlashQ is relatively basic, but that’s to be expected given the low price and tiny size. The 20 meter range isn’t to be crowed over, it has a maximum sync speed of 1/250s, and doesn’t offer TTL functionality. But perhaps the biggest hurdle is that it still has more than 90% of its funding to raise in the next 26 days in order to succeed.