Samyang goes wide-angle on crop sensors, and updates a pile of older lenses 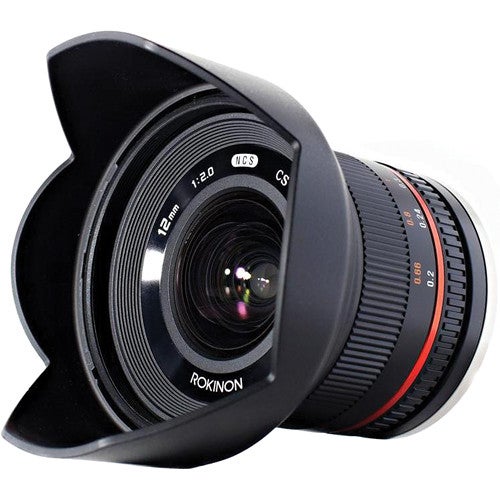 Samyang (aka Rokinon or Bower) has spent the last week teasing something big for today. Turns out they have a new wide-angle lens for an array of mounts, as well as updates and overhauls to a number of older options.

The all-new lens is the Samyang 12mm F2.0 NCS CS, which is already available for pre-order for $399 from the usual locations. It’s designed to work on Canon EF-M, Fujifilm X, Micro Four Thirds, Sony E (NEX), Samsung NX, with an 18mm equivalent focal length on APS-C, and 24mm equivalent on Micro Four Thirds.

As with all Samyang lenses, it’s manual focus-only (despite rumors to the contrary), and features 12 elements divided into 10 groups, these components include one aspherical lens (ASP) and one hybrid aspherical lens (H-ASP).

As Imaging Resource points out, the rest of today’s announcements are updates to older glass. The 8mm f/2.8 fisheye, and its 8mm T3.1 cine variant, have added optics, and now have 11 lens elements in 8 groups, with three ED glass elements and two aspherical lenses, and will go for $349 and $399 respectively.

So no matter what you shoot, Samyang has doubtless increased your options for low-cost, high-quality manual focus glass.