A new entry-point for Canon DSLRs 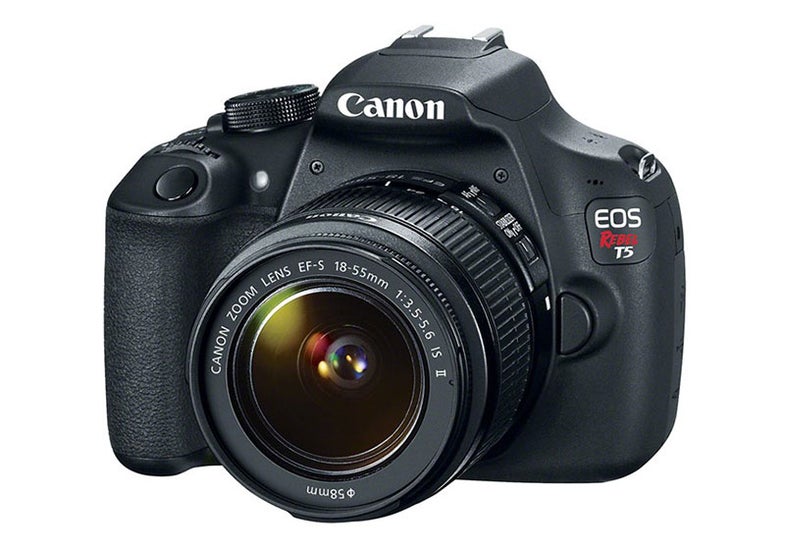 The Canon T3 has been the DSLR gatekeeper for Canon for a few years now, but the T5 is ready to take over.

One of the most notable differences between the T3 and the T3i when they were released was that the T3 lacked video. That’s not the case with the T5, which does 1080p HD video. Its powered by an 18-megapixel APS-C CMOS sensor and the older Digic 4 processor.

It has an ISO range of 100-6400 and a familiar 9-point AF system, which includes one cross-type point in the middle.

Like other entry-level DSLRs, Canon has put an emphasis on features that appeal to beginners, like a Feature Guide that helps explain how each shooting mode works. They also have filter modes that add effects like Toy Camera and Fisheye. It will cost $549 with the 18-55mm kit lens. At that price, you’re likely better off opting for something a little further up the line, like the SL1. But, the T3 was the perennial Black Friday camera, so we wouldn’t be surprised to see this thing discounted all over the place to get people in the door of the Canon system.