The GoPhone Mount, Because Your iPhone Needs a GoPro

Because your waterproof, super tough, action camera is a natual match for your iPhone 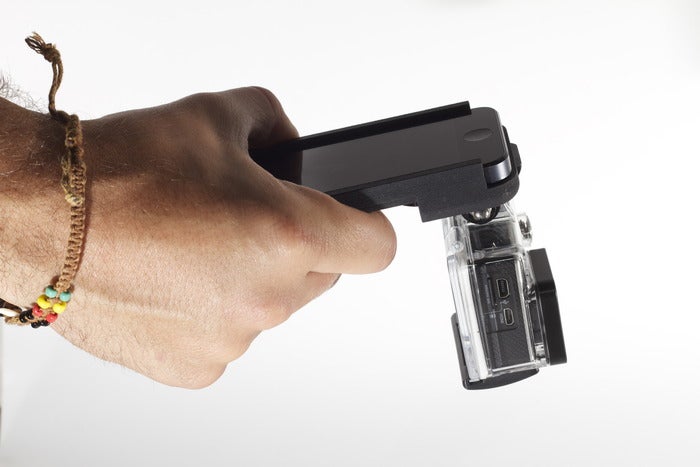 Ever since GoPro put Wifi into their cameras, they have become best friends with smartphones. But what is new is attaching the two to one another, which is what the GoPhone Kickstarter is trying to do. It’s literally an iPhone case, with a slot for the GoPro’s quick mount.

The idea is that you can then have your GoPro and the iPhone controlling it all in one unit, and control it single handedly—making it a bit more like a traditional camera. Unfortunately, there’s still a lot about it that has us scratching our heads. Like the fact that the mount is on the bottom of the iPhone case rather than the top, so you’re forced to hold your phone upside down.

There’s also the inherent disconnect between the GoPro being an action camera, designed to survive dunks in the water, falling off things, smashing into things, and all manner of abuse. An iPhone? Not so much. If this was a waterproof iPhone case as well, it would make a bit more sense.

You could also probably just use a sticky mount on the back of your phone.

If you want to back the project, it’ll set you back $40 AUD (around $36). Alternatively, if you already have a case you like, you could always just slap a GoPro adhesive mount onto it, and save yourself some time.