Displaying the guts of everyone's current object of affection 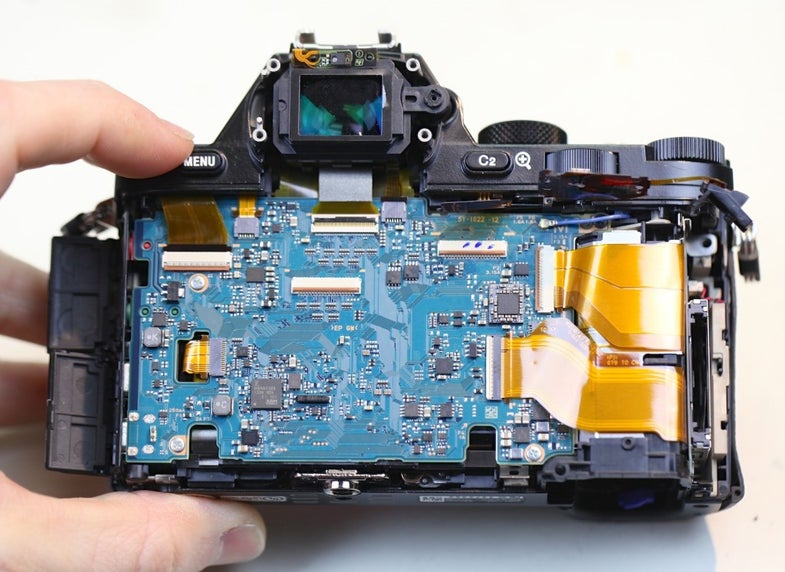 Over at LensRentals, the ever enlightening Roger Cicala and his team have done a total teardown of the Sony A7r, taking it down to its constituent parts and seeing what makes it tick. And, unlike the vast majority of modern gadgets, Sony seems to have made a device that not only takes incredible pictures, but is also fairly simple and straightforward to disassemble and repair.

Rather than hiding screws under grips, and using dozens of attachment points that are impossible to reconnect, the A7r appears to be designed to be assembled or disassembled swiftly, with everything logically laid out, and easy to get to. Hopefully that means if you have to send your A7r in for repairs, it should be much faster and less expensive for someone to get the whole thing working again. As Cicala puts it:

With the possibility of simpler teardowns and repairs, we wonder if this will lead to more people attempting minor fixes in their home. It might mean that if you have, say, a small cracked eyepiece cover, maybe for once it’ll be easier to patch yourself rather than send it in to get looked at?

Thankfully, this teardown wasn’t fatal for the A7r. They managed to put it back together, and the entire camera functioned fine.