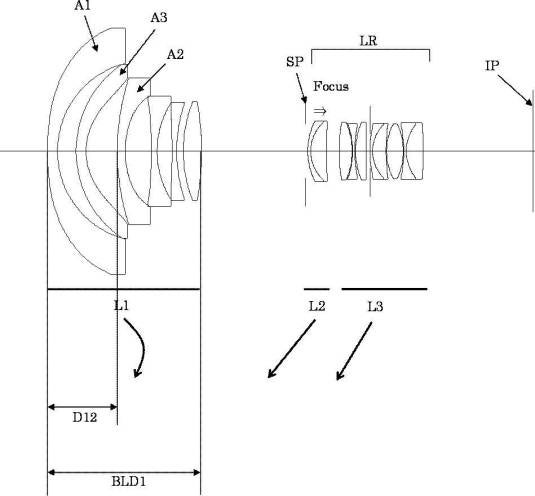 Japanese blog Egami has spotted that Canon Japan has applied for a patent for a new lens, what appears to be an 11-24mm f/4 full frame design. While there’s no guarantee that the patent will be awarded, or that Canon will actually produce the glass, if they did it would be a dramatic, ultra-wide angle option for Canon shooters.

The patent itself is viewable using the techniques described here, though attempting to wade through the a machine translated version of a dense patent filing is more or less a recipe for madness. If we’re to believe the translations of that and the Egami posting, the patent was filed in 2012, and only just published. It would have a lens diameter of 84mm, with a construction of 16 elements in 13 groups, including four aspherical lenses, and two ultra-dispersion lenses.

It remains to be seen if Canon will ever make this lens (patent filings are sometimes defensive, or might not end up being cost effective to produce at production values), but this filing give full frame shooters something palpable to look forward to. A wide, fast zoom.

[via the Phoblographer, Canon Watch]