How do you handle a DSLR if you only have one arm? 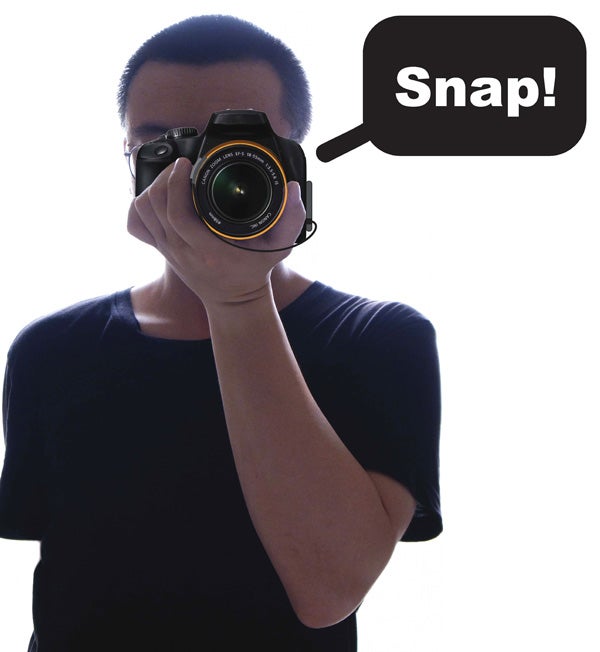 Shooting a DSLR one-handed is a tricky prospect. If, for whatever reason, you only have the use of one of your limbs, you’re severely limited in how and when you can shoot a large camera. Small, light DSLRs can be used right-handed, but anything larger (or if you only have use of a left hand) is out. You could use a tripod and artfully compose each scene, but that cuts out many of the more dynamic photography options. But a new concept called One Hand Snap could change that — and for once it’s a camera concept that’s pretty feasible.

The core idea behind the One Hand Snap is to take advantage of the shutter release port. The design would put a silicone ring around your lens, with a large button on it, which would be connected to the port, letting you handle the camera with just one hand. The same hand would support the camera via the lens, and be able to fire the shutter.

Where the design pushes a bit outside of current technology is that it throws in the idea of adding a directional pad to the button, which could be used to change the camera’s settings. To the best of my knowledge, shutter release ports don’t allow for camera settings to be changed, just for taking the photo.

The One Hand Snap was given a Red Dot Design award for its concept, and of the many camera-related concept works that pop up, it’s both one of the more physically possible, and one of the more laudable. But with the recent spread of Wi-Fi connectivity in cameras, we wonder if that might not be a slightly realistic way to move forward with one-handed shooting, rather than relying on the limited capabilities of a shutter port.