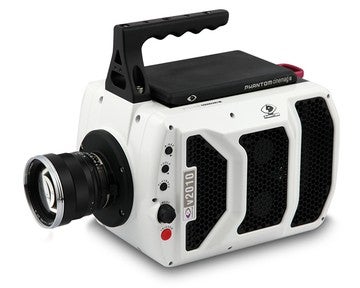 The insane, high-speed video specialists at Vision Research have upped their game yet again, announcing the new Phantom v2010. A new addition to the popular Phantom 1Mpx line, it’ll be capable of capturing 22,000fps at full resolution (1280×800). If you don’t mind dropping down to 128 x 32, you can get a full million frames per second.

It’s predecessor, the v1610, was the first camera to cross the one million fps mark, but was only able to record 16,600fps at full resolution, which the V2010 substantially surpasses.

There’s also the small matter of price. Vision Research hasn’t officially stated what the Phantom v2010 will cost, but given that the v1610 went for around the $100,000 mark you can bet the v2010 won’t be cheap.