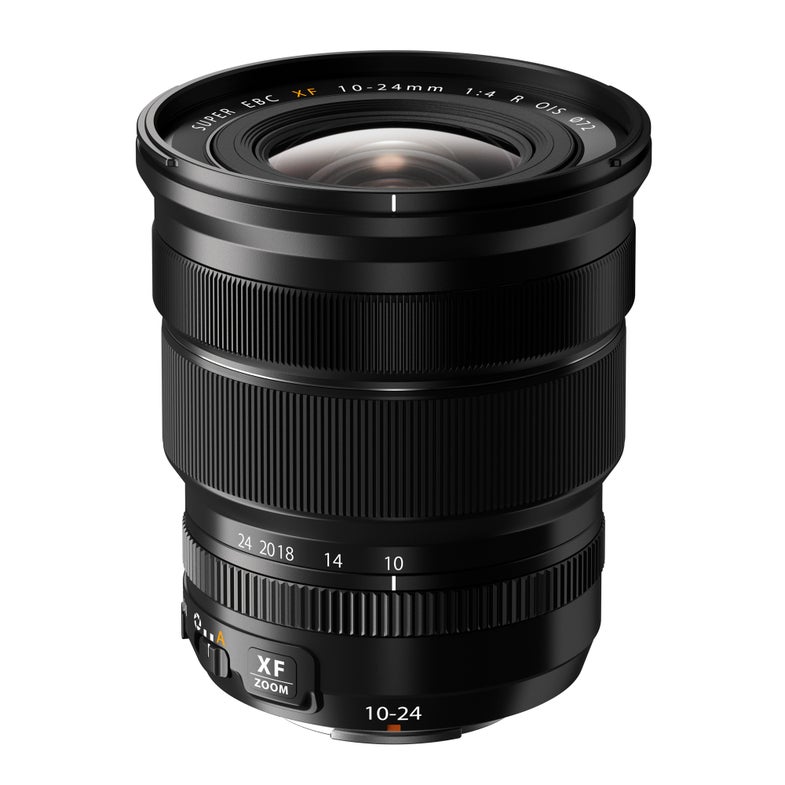 Fujifilm has just extended the lens selection for its X-mount cameras, with the announcement of the new FUJINON XF10-24mmF4 R OIS ultra-wide zoom lens. Due to be launched in March 2014, the XF 10-24mm lens is the widest of Fuji’s arsenal, a title previously held by the XF 14mm F2.8 prime.

The new lens is a 15-36mm equivalent, with a fixed maximum aperture of f/4. It features a newly designed optical system, featuring “4 high-precision aspherical lenses and 3 extra low dispersion glass lenses which maximize performance of the FUJFILM X-Trans sensor” as part of 14 elements in 10 groups with HT-EBC multi-layer coating. It has seven aperture blades, and a minimum macro distance of 24cm (9.5 inches).

Fujifilm promises three steps of image stabilization with the OIS system on board the new lens, which should provide an ample amount of steadying your hand for when the f/4 isn’t enough on its own.