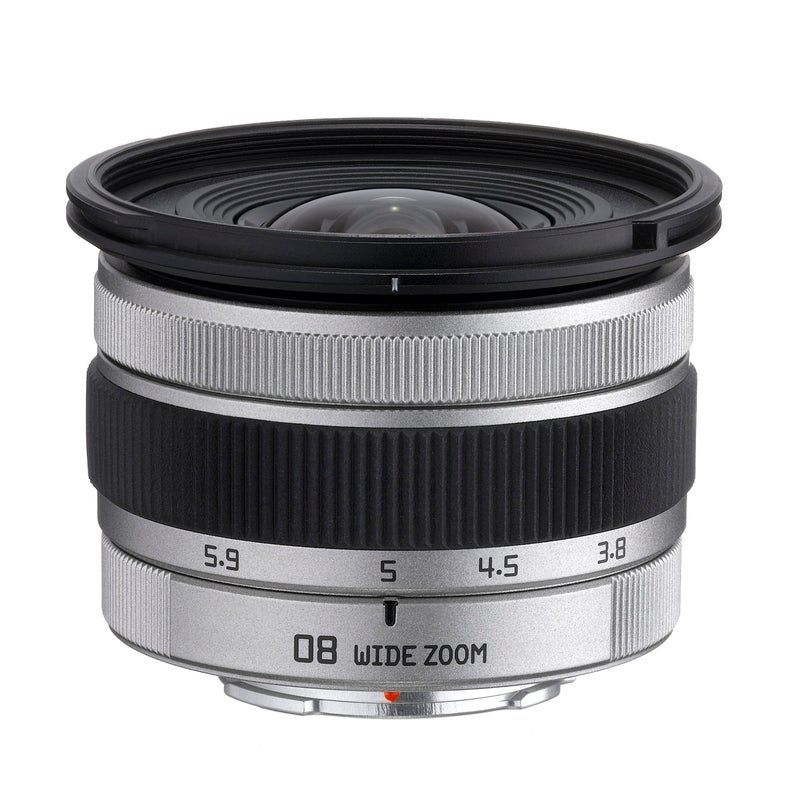 Ricoh USA has announced a new lens for the underserved Pentax Q system, the PENTAX 08 Wide Zoom Lens for Q-Series Cameras. With a 17.5-27mm equivalent focal length (on a Q7 body, longer on a Q or Q10), it adds some much needed flexibility to the tiny cameras.

The Pentax 08 is the shortest of the Q-series lenses, being just 1.5 inches long (38mm), and weighing just 2.6oz (75g). Impressively, it has a built-in neutral density filter, but given the rather limited maximum aperture of f3.7-4, you’re probably unlikely to need it.

The 08 has an inner-focus mechanism for low noise, speedy focusing, and then what’s dubbed the Quick-Switch Focus system, which is described as “for instant switching to manual-focus operation after the subject is captured in focus by the camera’s AF system.”

The lens will retail for $499.95 when it debuts in December, a price which would buy you any body in the Pentax Q system.