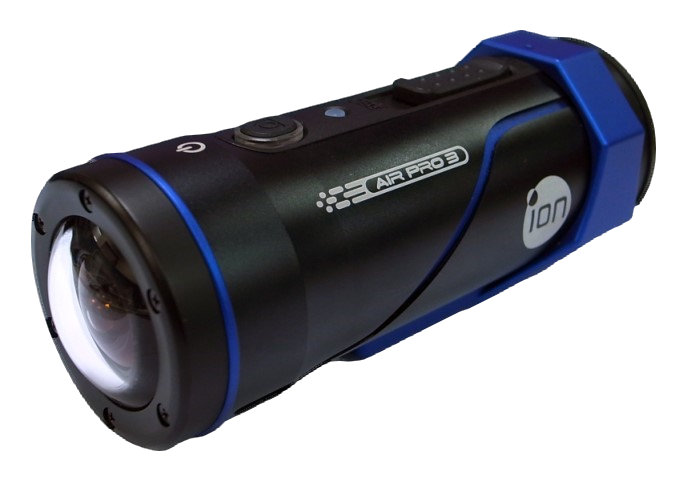 iON has unveiled the Air Pro 3, its third generation of action cam, less than a year after the previous edition was announced at CES. The new version features an improved sensor, better waterproofing, built-in image stabilization, as well as the small size and Wi-Fi controls of its predecessor.

The Air Pro 3 features a new 12-megapixel sensor, with a custom built f/2.8 160° lens (which can be cropped down to 140° or 150° through the mobile app). It can now capture 4000×3000 still images, and 1080p video at up to 60fps (up to 120fps at lower res). The Air Pro 3 also features “dual streaming to enable users to simultaneously “shoot and share” their recordings”. iON is claiming the new sensor provides better dynamic range and light sensitivity than the Air Pro 2, which had a 14-megapixel sensor, 30fps footage, but a wider 180° field of view.

The new camera also has an “anti-shake” feature to help stabilize images, and wind noise reduction for video. The waterproofing of the design has also been improved, and it’s now graded down to 49 feet. It has a 2.5 hour battery charge, and weighs just 5oz.

As with previous iterations of the device, it features:

iON has also rolled out a series of new mounts to go along with the new camera, including an FCS mount for putting it on snow and skateboards; a rollbar mount; and a headstrap and goggle mount.

The iON Air Pro 3 is available for pre-order for $349.99, with delivery starting in mid-November.