“Phonebloks” Concept Wants to Make Your Smartphone — and its Camera — Modular

While thoroughly impractical, this concept phone would mean you can upgrade piecemeal, as you need 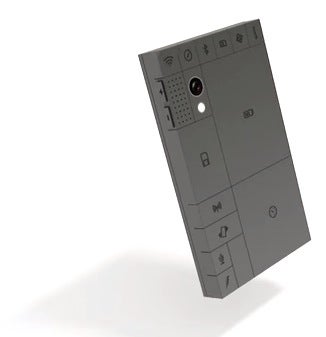 Ever faced with the prospect of wanting to upgrade just one part of your smartphone? Maybe you’d like a better camera, but you’re happy with everything else? Or you could do with more storage space? A designer is now pitching a widespread concept called Phonebloks, which, while technologically unfeasible, would allow for a completely modular smartphone.

The concept comes from Dave Hakkens, who sees it as a way around the planned obsolescence and e-waste of modern smartphones. Rather than just chucking it out and replacing it every couple of years, you could install just the new bits you wanted on a universal back, all slotting into place like Lego.

It’s a noble concept, but one that ignores much of the reality of how tight the engineering constraints are of modern engineering. Look at a teardown of a smartphone, and how little free space there is — you wouldn’t be able to replicate that sort of size and performance using blocks like that. For a more detailed technical critique of everything wrong with this idea, both Reddit and Metafilter have it covered.

But that’s not to say that a modular concept can’t work at all. The Ricoh GXR had a modular lens/sensor combo that could slot into any body; and Bug Labs makes open hardware components that connect together for making custom devices. But getting all that into a smartphone sized package with the sort of performance that people expect is a long way off from what we can do now.