Is this the next thing in photography? Or the next bust like 3D? 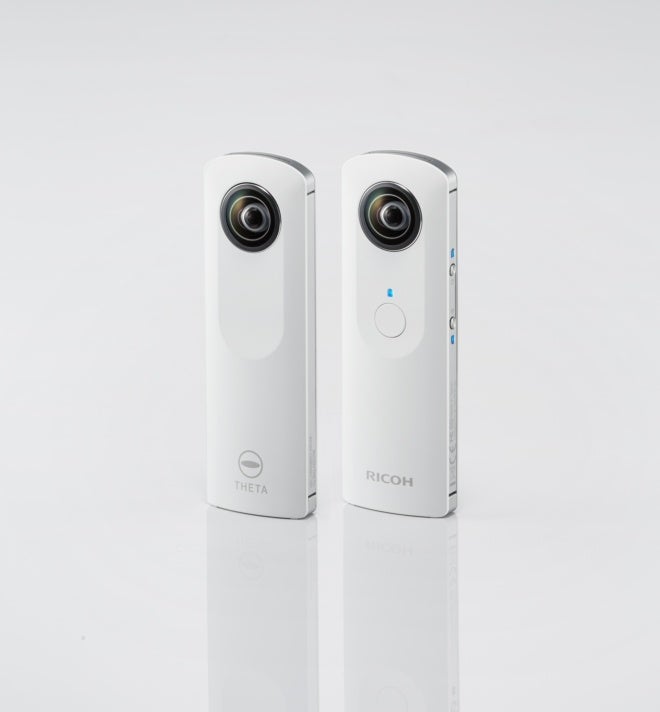 Ricoh’s newest camera is a pretty big departure from the cameras the company is known for: the Ricoh Theta is a small, pocket sized gadget that uses two wide-angle lenses to stitch together a 360° panorama with the touch of a button.

The Theta is an almost entirely automatic device, fired either by using a button on the gadget itself, or by pairing it with a smartphone for remote control. The images from the two lenses are combined into a full panorama, which can then be shared to social networks, Microsoft PhotoSynth, or just downloaded to your computer.

According to a hands on at Engadget, the images are taken at a fixed, f/2.1 aperture, and the official specs say the ISO range runs 100-1600, and shutter speed can go 1/8000-1/7.5 sec (but according to that hands on, the images are super noisy). And if the video clip below is to be believed, you can use the Theta to shoot 360° timelapses, which in itself is incredibly cool, and not something we’ve really seen before.

The Theta will have a free iPhone app available immediately, with an Android version in the works for later this year.

Unfortunately, while the Theta is an interesting concept, and packs a small and light form factor, the major drawback here seems to be the price. Debuting at $399, with pre-orders starting later this month, the question is if the ability to take an instant 360° panorama is worth a cool four hundred bucks to anyone. But hey, that’s often the price you pay for a new tech product.

The Theta will be available in October, and until then, just keep using the panorama function on your smartphone.