The time for wild speculation is now! 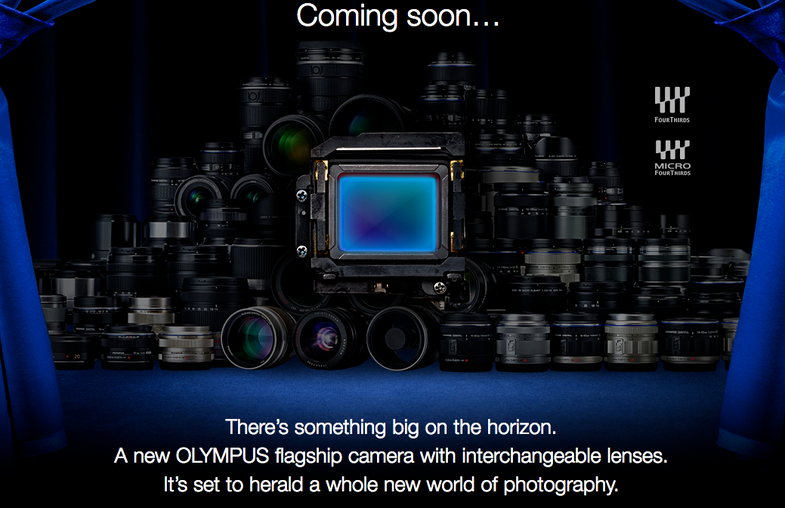 It’s not unheard of for a company to start building hype for an upcoming product launch, and now Olympus is playing that game, teasing a new “flagship camera with interchangeable lenses.”

From the tracking code in the URL — and the fact that the OM-D E-M5 is currently the top in the Olympus line — it looks like they’re suggesting a new OM-D model.

The page has the logos for Four Thirds and Micro Four Thirds, as well. So, we’ve been given a full pass to speculate as wildly as we wish. Have it it internet. Do you think they have something that’s going to “herald a whole new world of photography?”