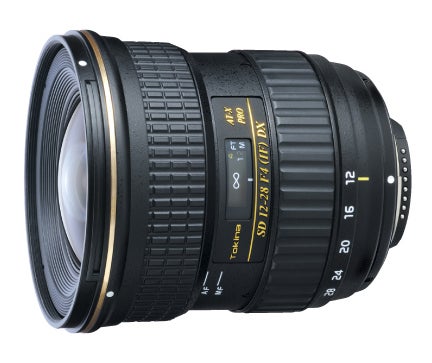 Back in January, Tokina announced a new wide-angle zoom lens, replacing the 12-24mm version previously available. Now, the Tokina AT-X 12-28mm f/4 lens has been given an official price for Canon and Nikon APS-C mounts, and will set you back $599 when it becomes available for purchase.

The new lens is 19-45mm equivalent on Canon, 18-42mm equivalent on Nikon (thanks to slight differences in the APS-C sensor size), and features a constant maximum aperture of f/4 across the entire zoom range. The new optical design features 14 elements in 12 groups, as well as the “use of SD glass (ultra-low dispersion glass) FK01 and FK03, which emulate fluorite glass in performance, aims to eliminate chromatic aberration.”

According to Tokina, the lens features a new AF mechanism, including a new autofocus sensor, and a Silent Drive-Module for quieter focusing. Curiously, Tokina’s website claims only the Nikon version has the AF motor built-in, where the newest press release says that both models do. The 12-28mm f/4 takes 77mm filters, weighs 530 g (1.17 lb), and has a minimum focusing distance of just under 10 inches.

Unfortunately, while this announcement includes the price for the lens, it doesn’t indicate availability. It’s also worth noting that the street price of its predecessor was $450 from its $600 debut, so hopefully the new 12-28mm version will soon similarly drop in cost.