The first few of Zeiss' new range of mirrorless prime lenses are available to purchase, and they aren't cheap 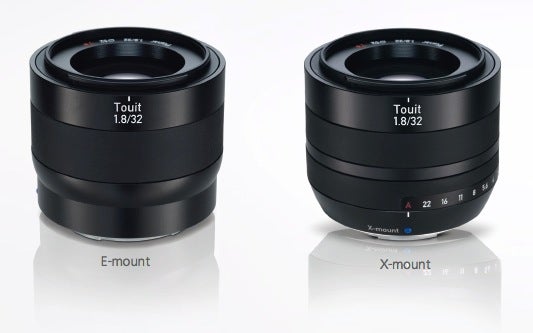 Designed for Sony NEX and Fujifilm X-series ILCs, the Carl Zeiss Touit lenses are the premium lens manufacturers new push into the world of mirrorless cameras. The first two entries in this series, a 32mm f/1.8 and 12mm f/2.8 have been given an official price, and are now available to buy.

The 32mm f/1.8 has a recommended price of $900, and the 12mm f/2.8 will go for $1250. Both lenses are available for both Sony and Fujifilm mounts, feature autofocus (but no image stabilization), and are designed for lightness as well as optical quality. Since Fujifilm X-mount lenses require mechanical aperture control, these Touit lenses use 1/3 stop steps on a control ring.

The third lens in the family, the Touit 2.8/50 Makro, is expected at the end of the year.

As for how the lenses perform, the first reviews of the Touit glass are just starting to arrive.