For a rather astonishingly low price, you can grab yourself a radio controlled flash or three 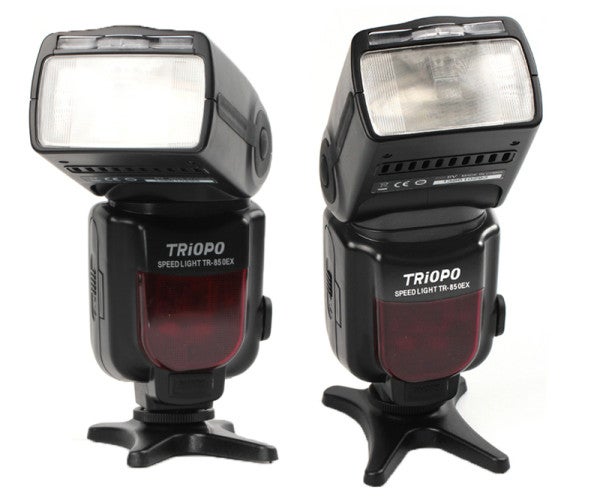 While Yongnuo might be the biggest name in super-affordable flash units, there are other companies who are also producing extremely interesting flashes at near minimal cost. The Triopo TR-850EX, for example, will set you back around $70 through eBay sellers, and while it doesn’t offer TTL metering, it is radio controlled, allowing you to alter it without having to move away from your camera.

There is a Triopo TR-860EX in the works that will have E-TTL exposure control in the works, but it’s not available yet. The TR-850EX, however, is manually controllable, has master/slave modes, and stroboscopic flashing. The radio-control system is piped through a 10-channel 2.4GHz radio transceiver, letting you control a network of flashes from up to 50m away.

This flash has a guide number of 56, three second recycle time, and can be pulled back to 1/128 power. You can even use a PC sync, or an external battery.

However, there is one major drawback to the Triopo TR-850EX: there’s no dedicated trigger unit to buy. So if you want to set up a network of them in a lighting rig, you need to have one attached to your camera to control the rest. Hopefully there will be a trigger in the future, seeing as since you’re controlling the whole rig via radio waves, having a flash attached to your camera shouldn’t be necessary.