The lightest AF fisheye lens belongs to Samsung, at least for now 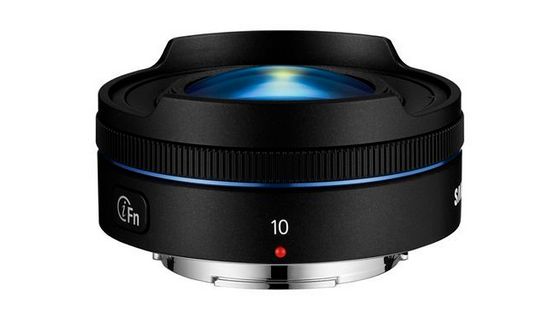 If you’re a Samsung shooter and you’ve been craving the sweet distortion of a fisheye lens, your time has finally come. Samsung’s new 10mm F/3.5 lens is the smallest AF fisheye on the market, at least for now.

Despite weighing just 2.5-ounces, this lens throws an image with a full 180-degree field of view. It has seven elements in five groups and has a circular aperture diaphragm, which is nice in a lens like this. Like most fisheye lenses, it focuses close — down to .09m. And because it’s an NX-series lens, it has built-in iScene options.

With this addition, Samsung’s NX series has taken another step toward completing its lens arsenal, which now includes a macro and a fisheye. It’s still a bit light on the telephoto end of things, and we’d like to see more lenses along the lines of their excellent 85mm F/1.4 portrait lens, but it’s certainly coming along.

We’ll bring you more info on this lens once we have a production unit to test.