The Mini M doesn't have much M 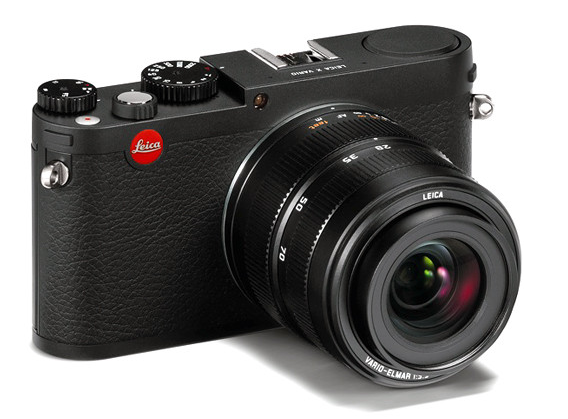 This morning, Leica has unveiled a camera they have been teasing for weeks. The X Vario is, as the rumors suggested, an 16.2-megapixel, APS-C-toting compact with an integrated zoom lens.

For some, the camera seems a little disappointing at the outset, if only because Leica was testing it as the “Mini M.” While the X Vario does take some styling cues from its bigger sibling, like the layout on the back of the camera and the textured wrap around the body, it’s a much different camera.

On the front of the camera is an attached lens, which has a full-frame equivalent focal range of 28-70mm — solid coverage. However, at its widest, it has a maximum aperture of f/3.5 and that drops all the way to f/6.4 at the telephoto end. That big sensor makes it tough to achieve faster apertures, but losing almost two stops is a pretty big cut. The lens does have a zoom and focus ring, however, which is nice.

The camera itself is laid out like a Leica, using dedicated shutter speed and mode selection knobs, as well as a 3-inch LCD screen. It can capture 1080p at 30 fps and gives you a focus distance scale right on the lens.

But, it’s still not an M and that has some people feeling sad. Leica is claiming that the image quality will be roughly similar to the fixed-lens X2, maintaining the same 100-12,500 ISO range. But, because of the zoom lens, the X Vario is actually more expensive than the already-pricy X2, which checks in at about $2,000 street. B&H put the X Vario up for pre-order for $2,850, which, when compared to the Fujifilm X-series cameras, seems pretty steep.

But, ultimately, it’s the whole “Mini M’ marketing scheme that has some people disappointed. The M, after all, stands for Messsucher, which suggested it was going to be a rangefinder. You can add an EVF to the X Vario, but it’ll cost you more than $500 on top of the already-steep price.

Still, it looks like an interesting camera and we’re interested to test it. Personally, I was just hoping for something a little more Leica-like.