A memory card that backs up itself -- kind of 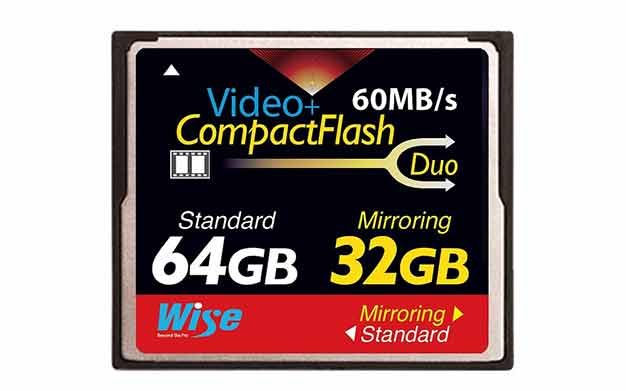 Memory cards fail. It’s just one of the things that they do. But, a Japanese company called Amulet is now marketing a memory card with built-in RAID functionality. You might recognize the term RAID from your hard drive backup solutions. Usually, it involves two drives in a single enclosure, each writing the same redundant data, so if one fails, the other lives and you don’t lose all your data.

This is only one card, so the manufacturer claims that it writes redundant data to different areas of the cart. It effectively reduces available storage from 64 GB to 32 GB, but if part of the card should fail, you might not lose all your photos or videos.

Some higher-end cameras have two memory card slots that allow you to do this without a special card, but this could be excellent for cameras with just one slot. Of course, pricing and US availability are still unknown, and they will likely be more expensive than their standard counterparts. But, it will be interesting if other, bigger CF card makers make it happen.

I’m also curious about how exactly this works. You can’t exactly swap out one of the drives in this instance because it’s all on one card. If the card still reads, you’d likely be able to pull the still-alive data, but the damaged stuff wouldn’t show up. There are are still a few unanswered questions.

Oh, and if you want access to all of your space rather than sacrificing half of it to safety, you can turn off the RAID and use it like a standard CF card.