Samyang's next lens will be wide and fast, but we don't know when or for how much 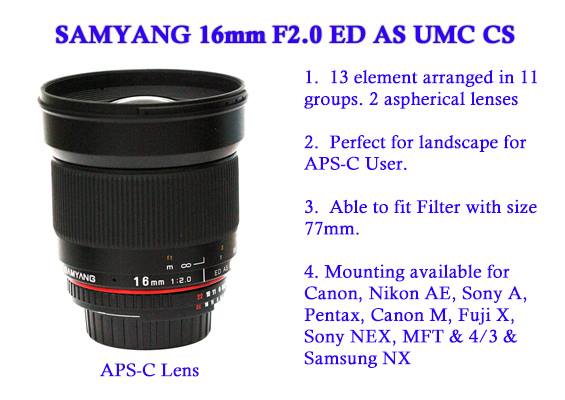 Manual focus lensmaker Samyang has announced its next APS-C lens over Facebook (login required), in the form of a 16mm f/2 lens.

The details are still a bit on the thin side at this point. As you can see in the reveal image, it’s a 16mm f/2.0 with 13 elements in 11 groups, and 2 aspherical lenses and it’ll take 77mm filters. In the Facebook post, Samyang Asia also released some other information, saying

With a 16mm focal length, it will have roughly the same field of view as a 24mm lens on a full-frame camera. Samyang hasn’t officially announced the price or availability, but in the Facebook discussion, the company comments that it’s “Expected end of June or mid of July.”