Ever wondered about the hardware it takes to photograph a shuttle launch? 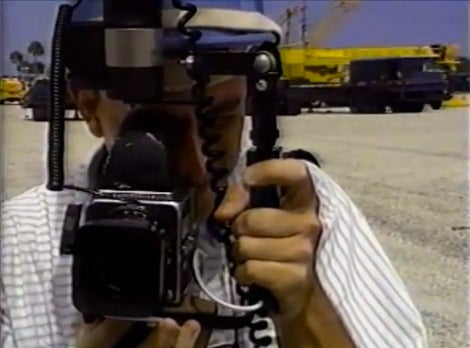 NASA might not be in the business of launching space shuttles anymore, but its history is full of downright incredible feats. The iconic films of rockets roaring out of the base after a countdown became and important cultural milestone. But how were these stills and films captured? This video from the 1980s shows some of the wonderful and bizarre gear that was used to record these events.

The video comes from TGS Technology, who were a photographic contractor for NASA and the Air Force during this period. With $100 million of equipment at their disposal, they supplied everything from small film cameras to the enormous ROTI, with its telescoping 100-inch to 500-inch focal length, that could track a rocket for up to five minutes after launch.

It’s an incredible look at the camera gear that recorded such an iconic period in the American space program — and an amazing piece of retro documentary footage, too.