GIF-TY Concept Would Turn Burst Mode Into a Flipbook

Rather than a GIF, this concept camera makes little flipbooks 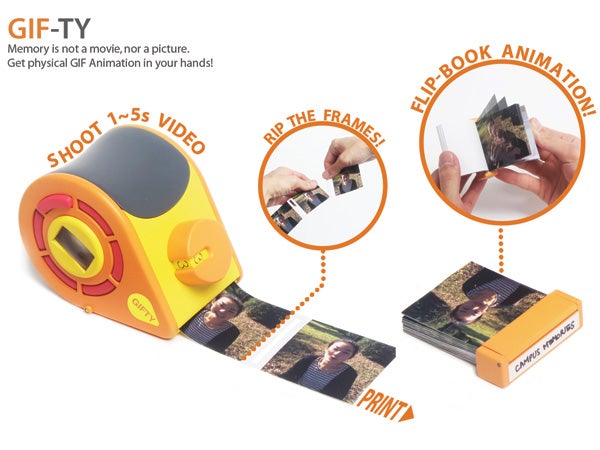 The GIF-TY is a concept camera by designer Jiho Jang that’s designed to capture a few seconds of images, and print them into a tiny flipbook. It’s like an animated .gif that you can hold.

The concept is extremely simple: You set a timer on the top, the camera records a burst of images from 1-5s, and then those are printed off using “Zero-ink” technology. Then you’d clip the ribbon of images down to the right size, and assemble them into a flipbook.

Since this is a design concept, it’s no surprise that there’s a lot about this that would be extremely expensive — if not downright unfeasible. But unlike many concepts we see, this one is actually physically more or less possible. Of course, it’s also possible by just taking a video, pulling the frames, and making a big print of them. That’s not as cute, though.

That said, as bizarre as this sounds, it’s not far from the LomoKino, which records 144 frames of video to a roll of 35mm film, essentially creating a flipbook.