The smartphone hasn't killed the little camera just yet 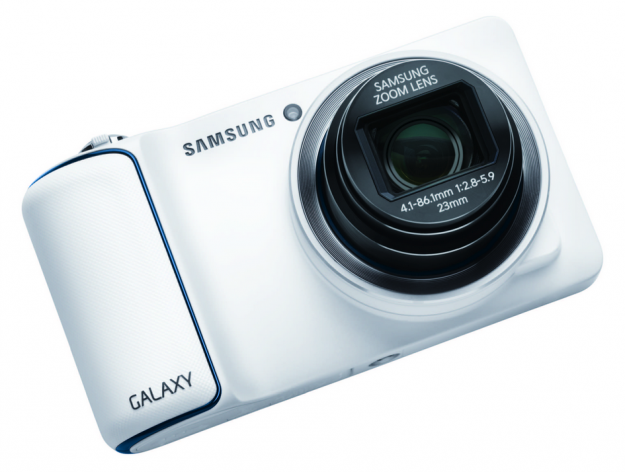 The smartphone camera has had an undeniable effect on the way people take pictures, and in turn, the way we buy cameras. In fact, Olympus recently announced that they’re killing their low-end line of compacts all together. But, the compact camera isn’t totally dead yet. In order for them to survive, though, they’re going to need to step up their game and focus on the things that really matter. Here are a few things I’d like to see in the little camera market.

As much as it hurts to say it, compact cameras have become, in a way, smartphone accessories for some users. So, the easier it is for the devices to play nice with each other, the less it will feel like a redundant gadget.

And when I say wireless connectivity, I’m talking about more than Wifi. Yes, Wifi is great, but NFC is also great and will let you transfer photos to your phone by simply touching the two devices together.

While connectivity is key, it’s also where cameras tend to get bogged down by trying to add things like apps. Your phone already has apps and they’re likely better, faster, and more customizable than proprietary app offered within the camera’s firmware. It needs to be as simple and automatic as possible for photos to get from the camera to a smartphone or tablet. Unless a camera goes all the way, like the Galaxy camera with full Android pictured above, leave the apps to the other guys.

Be smart about zoom

Camera manufacturers love optical zoom because it’s something that, at least for the time being, smartphone cameras just can’t do. Because of that, thought, they can get carried away.

Little cameras with extra-long zooms tend to have the smallest sensors, which can negatively impact image quality. Also, once the millimeter count gets too high, they become unwieldy. There’s no amount of image stabilization that’s going to keep a 1,000mm equivalent lens sharp at F/6.3 when you’re trying to hold a tiny camera. We’ve gotten plenty of emails from users frustrated that they can’t get sharp images when zoomed all the way to the telephoto end of their new camera. That’s bad.

Zoom is important, but if you can’t use all of it, don’t include it. It will keep the price down and not overpromise.

Tone down the megapixels

**
By keeping megapixels to just 12, canon’s S-series compacts have remained high on the scale for compact image quality

At the low end of the camera market, the focus on megapixel counts has remained alive, even though it’s dead in most other segments. It’s a good marketing technique — seeing an 18 on the box instead of a 12 just sounds, well, better to uninformed consumers. But, that line of thinking is now almost completely gone. Even Smartphone manufacturers, like HTC, have started bragging about their lower megapixel counts and the resulting image quality bumps seem to be paying off.

Bringing down megapixel counts will (if done properly) help improve image quality while reducing file size. That means you’ll get better pictures beamed wirelessly to your phone or iPad faster and that’s hard to argue with. If they need a number, start fighting the uphill battle to emphasize pixel size.

This is one is about as straight forward as they come. If consumers on the lower end of the market are going to start seeing their camera as an accessory for their mobile devices, they’re likely not going to pay as much as they did for the device itself. I realize that camera companies are already trying to make their cameras as cheap as possible, but by focusing on the essentials and cutting back on some of the extraneous things like apps and piles of “creative modes,” the price may be able to come down even more.

**
Nikon’s S31 costs just $100, but has an optical zoom lens and is both rugged and waterproof

Another area where smartphones fail — quietly literally — is in the toughness category. Even with the surge of mobile photography, waterproof tough cameras seem to be thriving, and rightfully so. I love the idea of Nikon’s S31, which is a very basic camera in a waterproof housing. Awesome for kids and if you’re just looking for underwater snapshots.

Making a camera that can go anywhere really does offer something smartphones can’t. Sure, you can buy a waterproof case for your phone, but if it fails, you’re without a $500+ piece of equipment. That’s a lot of faith to put in a $40 phone case.

Get serious about the flash

Smartphone flashes are literally often worse than useless. But, on a small camera, they can come in very handy. With relatively little sensors and typically slow lenses, flash is an essential part of the compact camera experience. Flashes need to get smarter and offer users more control so they don’t have to choose between ugly, dark photos, and blown out faces with harsh shadows.

Concentrate on the lens

**
The Olympus XZ-10 has a sharp, F/1.8 lens, which stays fast even when zoomed to its telephoto end

At the advanced compact level, there are quite a few cameras with nice lenses. As you come down the ladder, though, you start seeing slower maximum apertures and increased distortion. While it may never get to the point where the general non-photo person understands that F/1.8 is a good thing, they will be able to understand images with blurry backgrounds and less-awful photos in low-light.

After all, look at any gear recommendation thread on the web and you’ll see people championing the purchase of a new lens over a new body. The same goes here. Put a decent sensor behind a better-than-decent lens and the images should speak for themselves.

The number of shooting modes available on many compact cameras at the moment can get out of hand. It’s not crazy to see a camera with more than 30 different “scene” settings. At that point, it’s probably easier for people to just learn how to use the camera with aperture and shutter speed. One of the most appealing things about smartphone photography is that you go from open screen to camera in one second and you’re ready to go. If the camera experience isn’t as painless, it won’t get used.

Getting back to the essentials can help. You should still be able to tweak exposure compensation and ISO. Even manual controls would be nice, even if you have to go into the menus to activate them. But it’s time for that little running guy icon and that “mountain” setting to go.

_Of course, I realize that it’s not as simple as shutting down the camera machines and starting again. I also realize that manufacturers have spent billions of dollars on marketing and research to try and find out what people want. But, ultimately, I think the thing that will help compact cameras stick around a while is to let them be cameras. People have apps. They have a way to edit. They have a way to share. Now, all they need is a better way to actually take the pictures. _