By combining some oddball parts, a photographer has managed to get Instax Fujifilm instant film working in a Rolleiflex TLR 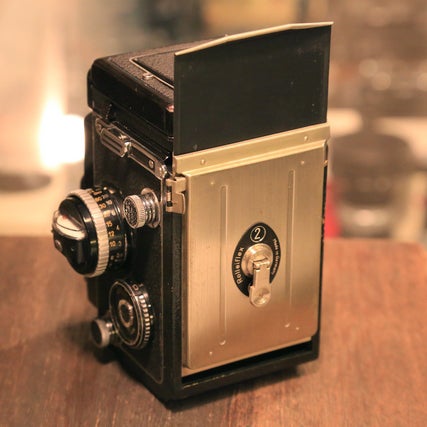 Kevin at the Hong Kong photography site FilMe put together a very interesting (but very tricky) film hack. He managed to get Fujifilm’s instant Instax film working with a Rolleiflex TLR — but the method he used is probably a bit too laborious for most people.

The easy part is that he mounted a Rolleiflex/Rolleicord Plate Adapter, which was originally meant for wet plate photography. But getting the Instax film into the plate adapter and exposed is where things get tricky. The original Google Translation of the page is a bit hard to parse, but according to PetaPixel, the Instax has to be loaded into the adapter in a darkroom or film bag. The black card protecting the film has to be manually removed before exposure, and then replaced. And to actually develop the film, you either need to put it back in the Instax and take a totally black shot to push it through the rollers and activate the chemicals, or else crush it manually but risk an uneven developing process.

While this technique is highly complex, it’s also a wonderfully interesting way to approach the task.

There’s something of a history of loading instant film into medium format cameras. For instance, the Mamiya RB67 has an instant Polaroid back. The idea being that you could load this back on and take a quick test photo to make sure all your setting were right before wasting a precious medium format film. But given what some instant film costs these days, it’s now probably cheaper just to use the medium format.