Squeeze lots of megapixels out of an ILC with multiple exposures 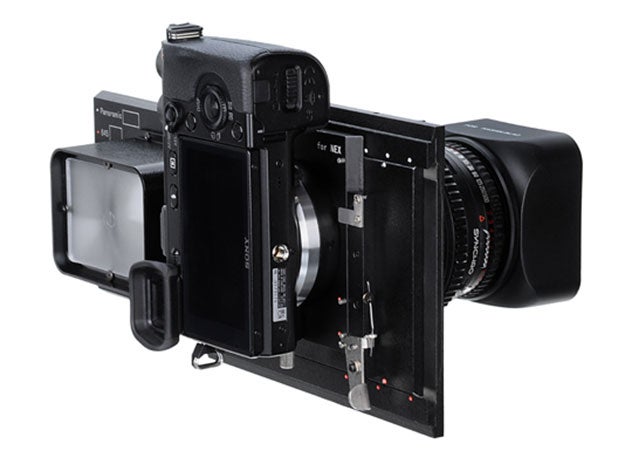 Medium format digital backs are expensive and that’s not likely to change any time soon. But, Fotodiox has a cheaper, if less convenient solution.

The $500 RhinoCam lets you mount a Sony NEX body on a moving apparatus that sits behind a medium format lens. When you start the capture, the camera moves on a flat plane, taking several pictures it can later stitch together into one larger image.

It’s compatible with a pretty wide range of medium format lenses from Pentax and Hasselblad, and will also make nice with a larg-format lens board, which presents an even wider range of possibilities.

The final images check in at roughly 140-megapixels, which is a serious amount of data. Because the camera body moves on a flat plane, rather than turning on an axis like it would with a motorized pan head, distortion is greatly reduced compared to other panoramas. You have to do the stitching yourself, but any recent version of Photoshop will handle that rather quickly.

It’s a nifty idea and will likely be popular with landscape photographers and studio shooters looking to crank up their resolution without spending tens of thousands on a full-on medium format rig. Still, at $500 before you pick up the camera body or the lens, it’s not exactly cheap.

We hope to get some hands-on time with one to see just how good it is at what it does.

The Fotodiox website is currently crushed under the rush of people hitting their site to see the details, but it will likely be back up soon.