What if Siri could help you edit you photos? 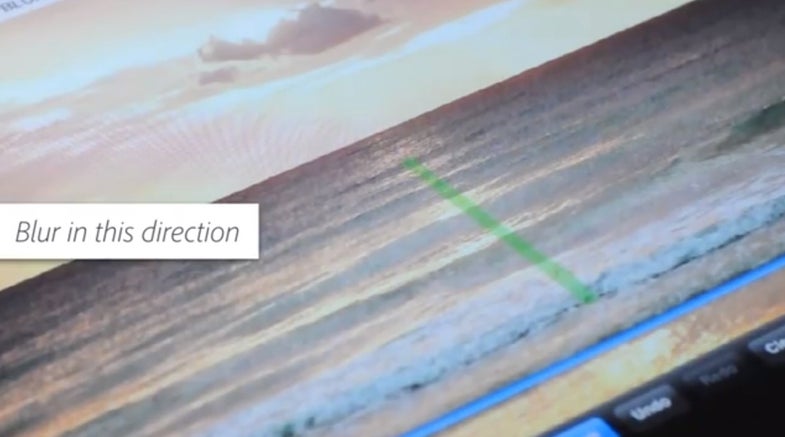 Thanks to the likes of Siri and Google Now, smartphone and tablet users are becoming more and more able to control their devices using only their voice. But what about for more complex tasks — like maybe tweaking a photo? University of Michigan School of Information Masters student Gierad Laput worked on an app to do just that as part of an internship at Adobe, and helped create PixelTone, a voice controlled imaging editing app.

PixelTone was created as collaboration between Adobe Research and University of Michigan as a research prototype, and it’s set to be presented in May at the ACM CHI (Computer-Human Interaction) conference in Paris. If you’re into CHI, you can read the paper online here, but watching the video provides an ample demonstration of what an incredible app this is.

By parsing natural language, the app allows users of varying levels of skill to automagically edit their photos. That means you can give it slightly more specific orders like “darken the midtones at the top” or “increase the contrast”, or combine commands with touch controls like “blur in this direction”. Where it gets really fascinating is using less specific terms. The video shows a user telling PixelTone to “make it heavenly” or “make it retro” for one touch filters. Or assigning names to people and objects, and editing just them.

Hopefully, this more natural take on interaction will make photo tweaking far more straightforward for entry-level users. It’s not clear when and if Adobe will bring this app to the public, but keep your eyes peeled for PixelTone’s debut.