If you're lighting on a budget, $20-$30 for each slaved strobe might sound mighty appealing 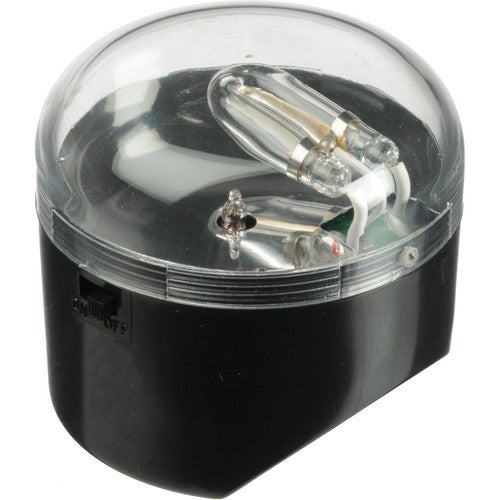 Setting up lighting for your studio can rapidly become extremely expensive — but there are some options out there for those trying to strobe on a budget. Impact, a B&H house brand, has just enveiled a line of remarkably affordable slave strobes, with prices ranging from $17-$28 per unit.

The SF-DTW24 Mini Dome (above) and SF-DTWX24 Mini Dome are near identical, with the former packing a sync cord. They’re powered by AA batteries, weigh just 3oz, and blast a 120° beam of light. You can either lie them flat for a dome of light, or tilt them for a more controlled burst, especially against a wall. The 4-6 second recycle time won’t win any awards though, and the built-in slave circuit runs for a range of 33 feet (10m).

The SF-AE56 and SF-AE80 avoid the need for batteries by mounting into a standard lighting fixture, and drawing power from the mains — so you could easily install them in clamp lamps for a mobile photography setup. Both lights can be fired in slave or master mode, thanks to using a sync outlet, and both have a two second recycle time. The AE80 differentiates itself with a higher guide number of 80 @ 10′ (3.0 m), ISO 200, compared to 56 @ 10′ (3.0 m), ISO 200.

Based on some of the comments floating around about these announcements, a number of these strobes have been around in one form or another for many years, generally sold under house brands. With a bit of digging around eBay you could probably find them without the “Impact” logo. Nonetheless, for a $30 purchase, these are almost worth buying just on the off chance you might need them.

[via Lighting Rumors, the Phoblographer]