The popular low-cost flash maker has unveiled two new strobes, and a Nikon version of their popular trigger 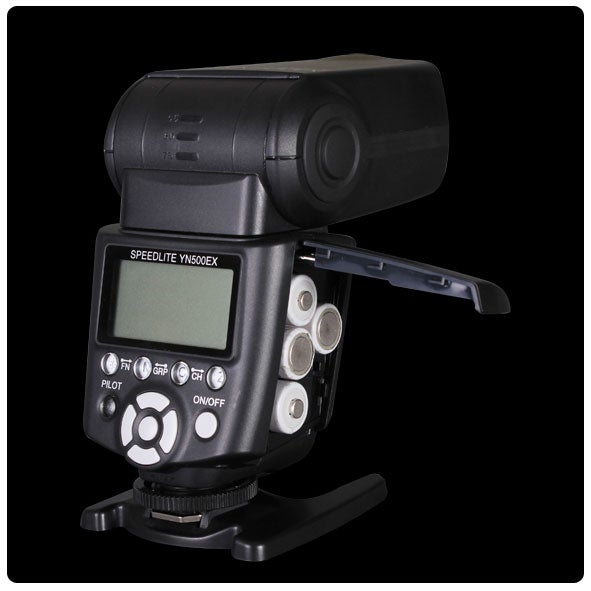 Yongnuo has built a reputation for offering solid flashes on the cheap, making them a frequent first stop for photographers who aren’t quite willing to pay for a first party strobe. The company has just announced three new products, all of which are updates to existing and popular lines.

First up is the YN500EX high-speed flash, which features high-speed sync up to 1/8000s. It also packs full manual and TTL controls, slave cell, and wireless transmission for Nikon and Canon. According to Lighting Rumors, the YN500EX isn’t substantially different from the older YN568EX, and is expected to debut for $200 or less.

The YN-560 III is unsurprisingly a follow-up to the YN-560 II, but this time comes with RF-602 and RF-603 2.4G compatible radio receivers built-in to the unit. It has a guide number of 58, and supports 16 channels of wireless, with a range of up to 100m. The full-power recharge time of 4-5 seconds might not be enough for high-speed use, but given that it has an estimated price of under $100, it’ll probably do the job for most beginner users. Unfortunately, since the strobe lacks Yongnuo’s EX label, it’ll be fully manual rather than TTL.

Finally, the company has also announced the YN-622N, a Nikon version of the popular YN-622C TTL radio trigger. The company revealed it directly to FlashHavoc, and it should be available in the next few months. Again, you’re looking at a price point under $100, making it one of the cheapest TTL radio triggers available. However, there is some debate that the Nikon version may be less fully functional than the Canon one, thanks to Canon’s way of controling off-camera flashes from on-camera menus.