This Is What It Takes To Make an NEX-6 Infrared

Converting your shiny new Sony NEX-6 to infrared is one intense undertaking, and not for the faint of heart 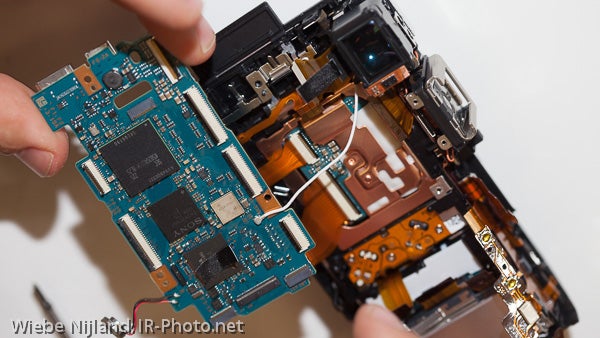 Converting digital cameras to take infrared images has long been a favorite project of DIYers with a photographic bent. In some cases it’s not particularly difficult to remove the infrared filter in front of the sensor, but in some it’s a major undertaking. IR-Photo.net has just released a tutorial for how to convert the new Sony NEX-6, and it falls firmly in the second category.

Transforming this incredibly compact and advanced camera into one that doesn’t block infrared light is a long and arduous process, and by the site’s own admission, not for first time converters. However, once you actually manage to get to the sensor, taking off the filter is remarkably straightforward. It’s just getting to that point that’s excruciatingly fiddly.

IR-Photo.net were also kind enough to release a video demoing the process, and it clocks in at over 17 minutes long. Seriously, only do this if you’re prepared to do almost a total teardown of your brand new camera, and then assemble it back perfectly so that it still works.

Would you be willing to take a screwdriver to a camera that you just bought?