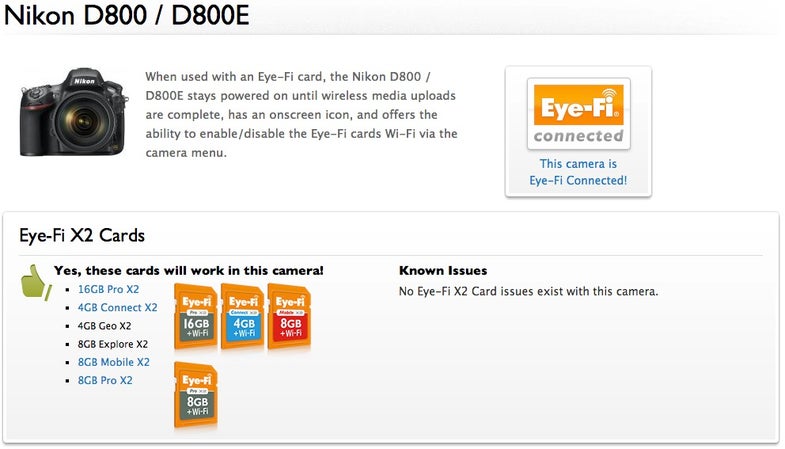 When the Nikon D800 and D800E launched, some users were less than impressed that Eye-Fi cards would not work in Direct Mode. You could still have it join an existing Wi-Fi network, but transmitting files directly wouldn’t work. Thankfully, Eye-Fi has just released a firmware that marks the D800 and D800E as fully compatible with all Eye-Fi X2 cards.

v5.0018 of the firmware was released a few days ago, and officially fixies “Direct Mode bug fix implemented for the Nikon D800.” Thankfully, even if your Eye-Fi card isn’t behaving nicely, it still functions as a normal SDHC card, so at least you won’t lose any of your images if the Wi-Fi network goes down or anything.