How to Fire Six Strobes From One Circuit

Handy with circuitry? Here are the plans to slave together six flashes 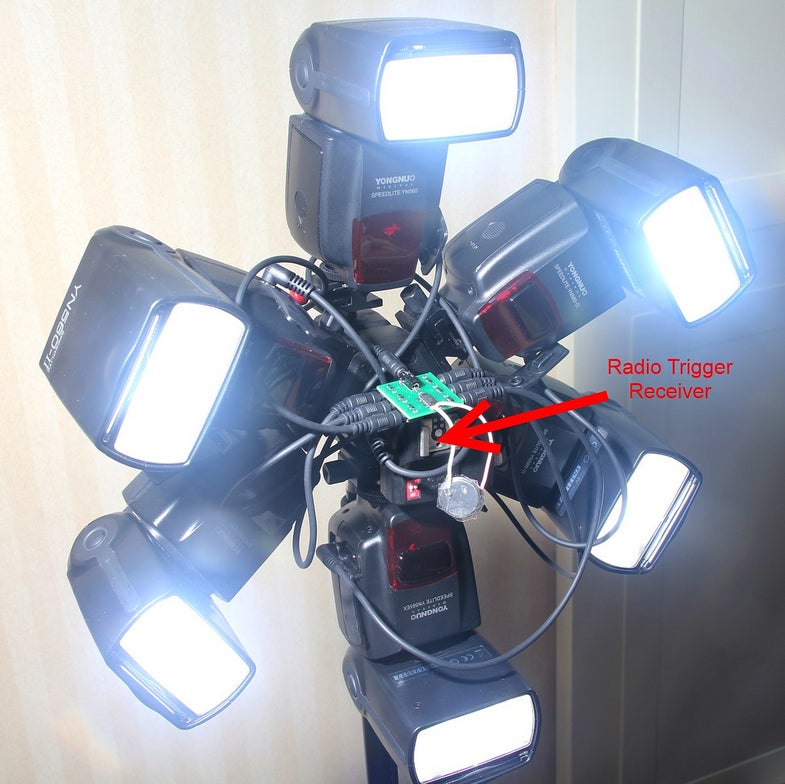 Lighting with flashes can be addicting, but it can also be extremely expensive. Especially when you want to fire multiple flashes at once. But, if you know your way around a soldering iron, there’s a DIY hack to keep the cost down. Peter Y Lin put together this hack on his Flickr account, and it’s a way of triggering six flashes instantaneously.

Lin has put his together on a PCB, and has included a schematic and a PCB diagram (if you have access to the parts). Once constructed, it’s simply a matter of triggering a single central unit, which then triggers the rest of the cluster. Here’s how Lin explains it:

If you really have more flash guns floating around than you could ever need, this whole rig can be scaled up, too. Lin claims you can combine seven of these circuits to fire a whopping 36 flashes at once.

Seeing as not all of us have circuit printers at home, how long do you think it’ll take for someone to slap these in a nice little case, and set up a Kickstarter?