This bizarre looking accessory straps to your camera, and gives you a wall to bounce your flash off 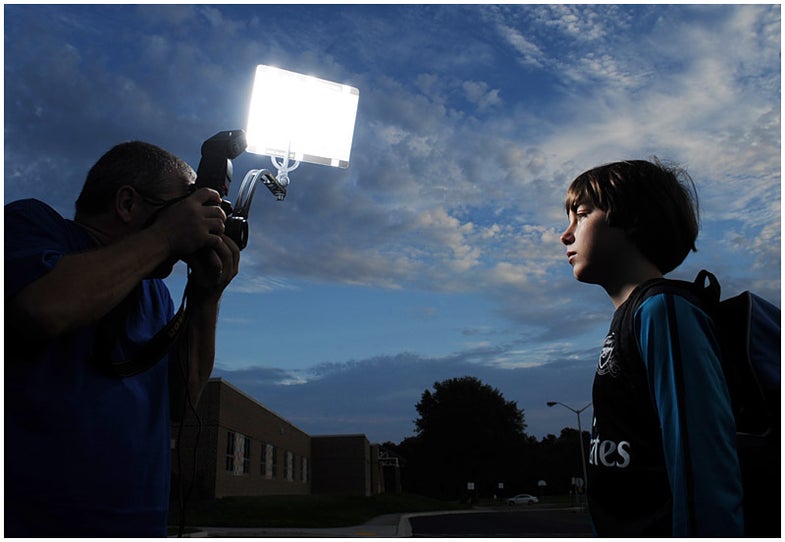 We all know that direct flash light makes for pretty harsh and unpleasant photos. When you’re indoors, you can bounce off a nearby ceiling usually, but what if you’re in a hall? Or outside? The folks at Sunbounce have decided to solve that conundrum by giving you the Bounce-Wall, a portable wall to strap to your camera. And it looks exactly like you’d imagine it to.

Reported to go for $99 or 98.50 Euro for the complete kit, including the A4 sized reflector, from September 18th. The Bounce-Wall screws into the tripod thread of the camera, and can be adjusted to fit any angle, and disassembled for easy carrying. You’ll be able to pick up the reflector in a number of different colors, including “Silver”, “Zebra Silver/White”, “Zebra Gold/White”, and “Galaxy Gold/White”. The Galaxy versions will accentuate the light in the center of the board for more direct targeting, and the Zebra will change the color of the light.

If you’re not up for paying $100 for such a doodad, it turns out the same people who made it also produced a tutorial for how to DIY on the cheap.