Polaroid is getting involved in the action cam world, with a trio of new devices price from $69-$199 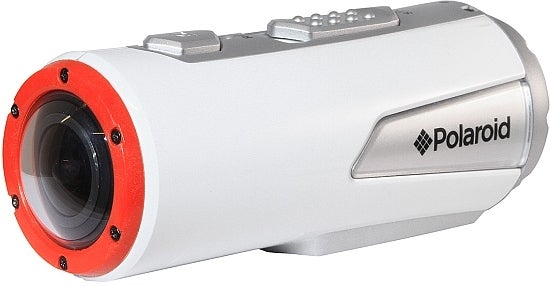 The lowest cost of the trio is the XS7, which is expected to go for just $69, and be available in retailers like Toys ‘R’ Us. This small, square camera will feature a CMOS sensor capable of capturing 5-megapixel stills and 720p video, with a 2-inch touchscreen and a waterproof case good for depths down to 10 meters.

The XS20 is a small step up, and will retail for $99. It features identical sensor stats to the XS7, and the same video and image size. However, it also has a high-capacity battery for up to three hours of recording, and a motion sensor linked recording system (if you want to use it as a security camera). It’s waterproof down to 20 meters, and has eight built in LEDs for illumination.

At the top of the line is the $199 XS100, pictured above. It features an upgraded sensor, which can record video up to 1080p and 16-megapixel images. The lens records a 170° field of view, and the XS100 has a number of other features the less expensive models lack, like:

According to a hand’s on at Photokina that Engadget did, Polaroid is playing up the comparatively low price of these cameras compared to the competition. Picking up an action camera for $69 is certainly on the affordable side, and you won’t be too sad if it gets smashed while you’re kayaking some rapids — but the question remains if the image and video quality end up being worth it.