LensRentals Demonstrates Why A Tilted Lens Element Is A Bad Thing

Ever dropped a lens and thought it look fine on the outside? Here's just how messed up the inside could be... 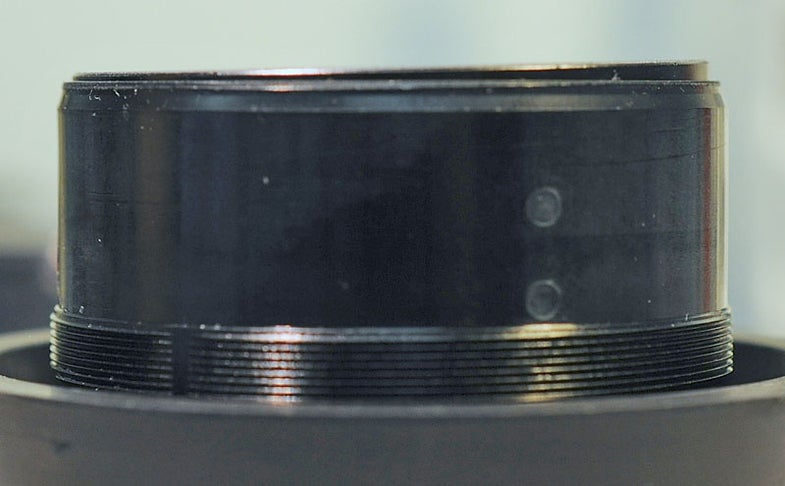 We’ve all been there — a lens gets dropped, a monopod tips, something happens to give your glass a bit of a beating. Sure, the outside looks fine, but what’s going on inside that delicate piece of engineering? LensRentals has put up a blog post showing how a tiny misalignment can utterly destroy your image quality.

They were testing a Nikon 70-200mm f/2.8 AF-S VR II that had been dropped, and while it looked perfectly fine from the outside, the sharpness charts were unusably bad. The culprit? Element 9 in the second lens group had received just enough of a love tap to knock it out of kilter. It was only enough to bump it around 1.5° off, but that’s enough that the entire image was rendered soft.

Happy ending, though. The lens element was repositioned and glued in place, and the images were back to their proper sharpness. So even if your lenses look fine after a spill, keep an eye on image quality to make sure something internal didn’t get knocked out of whack.