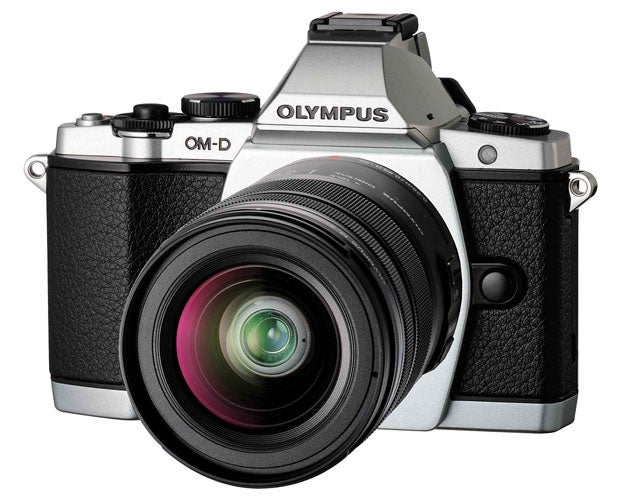 Olympus OM-D E-M5 Interchangeable-Lens Compact It looks like one of their classic OM-series 35mm film DSLRs, but it's actually Olympus's non-PEN Micro Four Thirds camera. It's built around a 16.1-megapixel Live MOS sensor, but the real emphasis seems to be on speed. They claim it has the world's fastest autofocus and it's capable of nine frames-per-second in single-shot AF. It ships with a small flash that attaches to the camera's hot shoe because the area where you'd expect to find a pop-up flash is taken up with a super-snappy electronic viewfinder. The E-M5 will come in three different packages: $999 will get you the body only in black or silver. $1,099 will get you the body in black with the M.Zuiko Digital 14-42mm F/3.5-5.6 II R lens. $1,299 will earn the black or silver body with the new M.Zuiko Digital ED 12-50mm F/3.5-6.3 EZ lens. READ THE FULL POST HERE.
SHARE

Olympus has just issued a firmware update for the incredibly popular Micro Four Thirds camera, the OM-D E-M5. As detailed on the company’s website, it brings these fixes:

Unfortunately, it appears as though this update is for Windows only, and not for Mac users. It’s not clear why these updates aren’t listed for OS X, and we’d like to hear from our readers if the updates show up in Olympus Digital Camera Update on the Mac or not.