This Photo Was Taken With Google Glasses 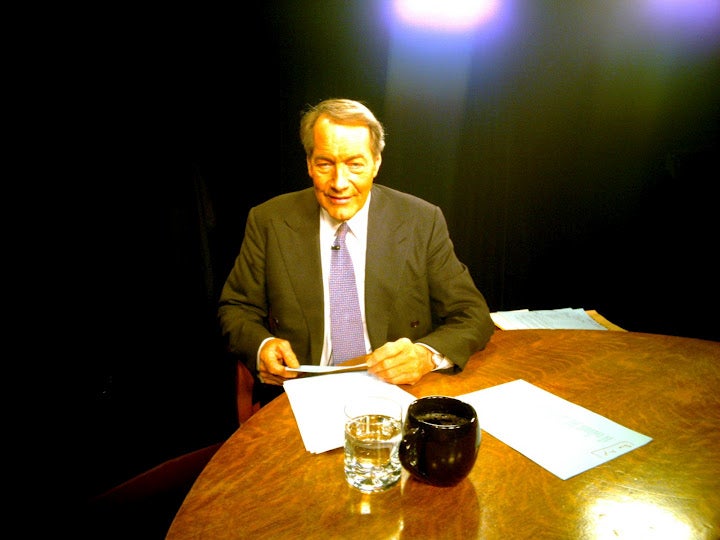 Having a camera built into the human eye has long been the science fiction dream of many photographers. We love our cameras, but to be able to get rid of them and bring photography into our own bodies seems like a natural progression. Unfortunately, that’s still quite a distance off, but Google’s Project Glass brings the whole thing one small step closer.

For those who are unfamiliar, Google Glasses are essentially an augmented reality device. They take many features that you’ve come to associate with a smartphone and integrate them into a heads-up display you wear on your face. Yes, the idea of messages popping up at all times without having to look at your phone is somewhat scary from a societal standpoint, but the prospect of being able to take photos without a camera is decidedly more interesting.

Earlier this week, Google big wig Sebastian Thrun made an appearance the Charlie Rose television show. He was wearing a prototype of Project Glass. During the show, he used the glasses to take a photo of the program’s host and it was uploaded to his Google+ account when he nodded. Pretty neat.

As you can see, however, the photo looks bad. Several articles, in fact, have been entirely dedicated to just how bad it is. In a time when cell phone cameras are making huge leaps in image quality, the awful, flare-laden, off-colored mess is somewhat disappointing. But, the hardware is almost irrelevant at this point. In fact, there’s a pretty wide variety of glasses-mounted cameras available now, but they all share in their terribleness. Most of them are fairly ugly, too.

Sebastian was wearing was a prototype. With a set of decent optics and a bump in processing power, Google Glasses would likely produce an image that looks just fine. But, what we should be noticing is the photograph itself.

In the picture, Charlie Rose looks, well, like Charlie Rose. He’s not posing for a photograph. He’s interacting with a human being. Yes, the human being is wearing silly glasses, but the point remains.

When you put a camera in front of people, they react to it. People have a certain expectation about what they should do when they’re in front of a lens. That leads to things like the awful “duck face” that’s so prominent on Facebook. Or the ever-present peace sign. Even some truly great photographers — especially those of the street variety — have made incredible bodies of work in which this interaction between camera and an often unsuspecting subject is a key piece. Take a look at the work of Bruce Gilden for example.

By taking the camera out of the equation, it opens the door to a new style of shooting and the possibility of a new aesthetic. It won’t appeal to everyone of course. It might feel downright weird posing for a photograph in front of a person who’s not actually holding a camera. But, for those photographers who try to blend into the scenery and capture life as it is through their eyes, it could be a huge advantage.

To that same point, there are a fair few people online calling the whole thing “creepy” and that’s hard to argue with. As security initiatives increase, we’re having our images captured more and more each day. At this point, England is famous for its abundance of security cameras and other countries are quickly gaining ground. The prospect of taking those cameras off the light posts and putting them right onto our faces can be troubling.

That’s not to say that the government will take over our Glasses cams in the future. But, with close integration with web services, monitoring someone’s social media pages will, in a way, allow you to see as they see. And yeah, that can start to sound a little “creepy,” especially when you consider just how good facial recognition capabilities have gotten.

Then there’s the fact that we likely won’t know when we’re having our picture taken. By now, we have pretty much accepted the fact that we’re fair game for photography when we’re out in public. But, people aren’t going to be taking these Google Glasses off every time they go into a private space. The prospect of being on-camera all the time is a little troubling.

In the end, there’s still a lot of promise in the concept. The idea of the eye as the viewfinder is an appealing one to many and watching its progression will likely be a fascinating one. Let’s just get a better lens and sensor in that prototype pair, OK Sebastian?