The largest ever digital camera has received approval to move forward, and we're one step closer to a 3.2-gigapixel space camera. 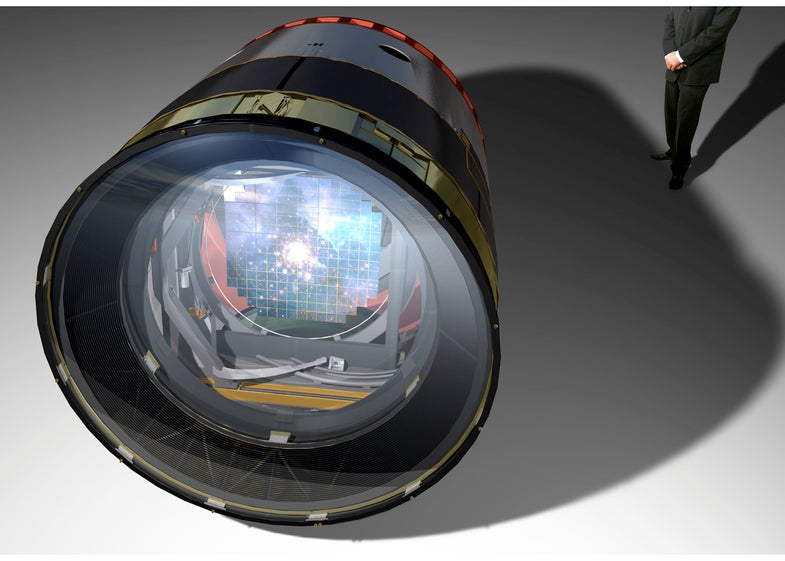 The SLAC (Stanford Linear Accelerator Center) National Accelerator Laboratory has received the go ahead from the Department of Energy to move forward on to the next stage with the creation of a 3.2 billion-pixel digital camera. The Large Synoptic Survey Telescope camera, which you can see mocked up above, will be able to survey the entire visible sky every week, and the resulting data will be released to the public. At 3.2-gigapixels a shot, that’s six million gigabytes per year.

Designed to help in the analysis of dark matter, dark energy, near-Earth asteroids, and more, this device will be immense. It’ll have 189 sensors, and weigh more than three tons. Unfortunately, it’s not quite approved to build — yet. Now the project begins a detailed engineering design, schedule, and budget phase. If everything goes ahead, it’s due to start proper construction in 2014, but work has already begun on its 8.4-meter primary mirror.

“Not only should LSST revolutionize our understanding of the universe, its contents and the laws that govern its behavior, but it will also transform the way all of us, from kindergarteners to professional astrophysicists, use telescopes,” said Tony Tyson, LSST director and a professor of physics at the University of California, Davis. “These are exciting times!”