Wacom has refreshed the Intuos tablet lineup, adding multitouch support, as well as other new features. 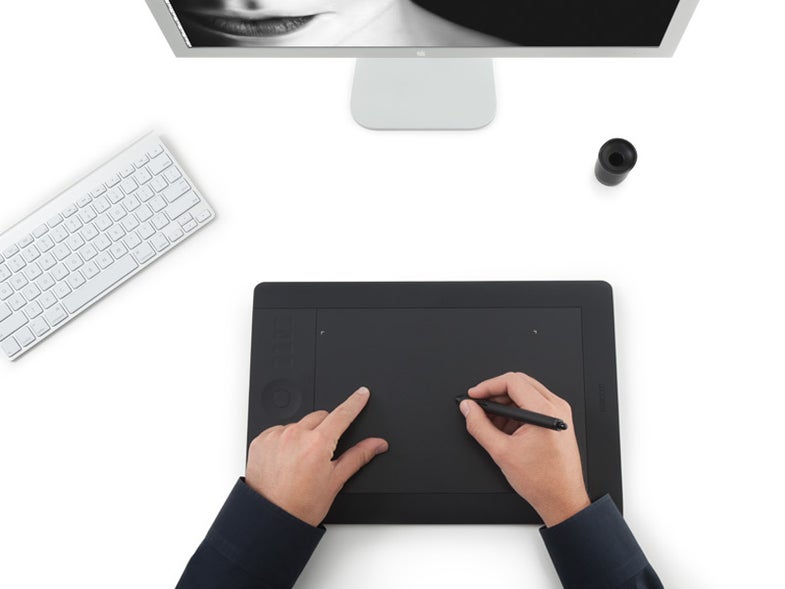 Wacom’s Intous line of tablets has just hit its fifth iteration, with the newly announced Intuos5, which adds not only multitouch for gesture controls, but also customizable keys, and optional wireless compatibility.

The Intuos5 will be available in three sizes: small (4″x6″), medium (6″x8″) and large (13″x8″) for $230, $350 and $470 respectively. The big new feature for this release is touch-based controls. The tablets themselves can handle 16 touches at a time, but the software is only set up to recognize five. These can be used for the standard touch gestures built into your favorite OS, or you can set up custom gestures for many apps. Don’t worry, the pen with its 2048 levels of pen pressure and up to 60 degrees of tilt recognition is still the primary method of interaction.

The tablets also have a series of ExpressKeys along one side — six on the small, and eight on the medium and large — as well as the Touch Ring. While we’ve seen similar controls on previous tablets, what is new is an HUD that’ll pop up if you lightly rest your finger on the key, to remind you what you have all the buttons set up to-do.

All of the new tablets will be compatible with Wacom’s wireless adapter, which will set you back $39, but remove the need to be tethered to your computer.