Function and fashion from this cinematic ILC cage 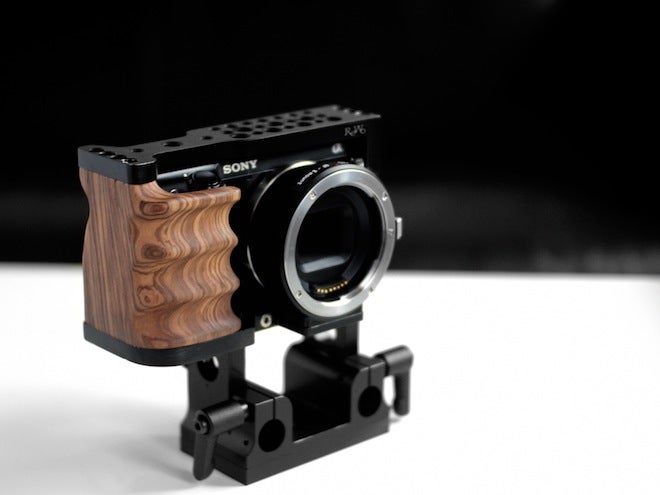 This stunning cinema cage for the Sony NEX-7 is unfortunately just a prototype, but with any luck, it’ll be in production soon. Crafted by German company ReWo, it’ll give that ILC some better handling when used in a cinematographic situation. As reported by EOSHD, the cage will have full access to all controls on the rear of the camera, space for the flip-out screen, and reach the SD, battery, and HDMI port.

It’ll also have support for 15mm rails, Arri/RED standard cheese plate mountings, and Conurus/Metabones EOS adapter. The case will be released in both standard and wooden version, and you need to contact the creators if you’re interested. That doesn’t do much to allay fears that it’ll cost an arm and a leg, but according to Foto Actualidad, it could go for around €360 ($470).